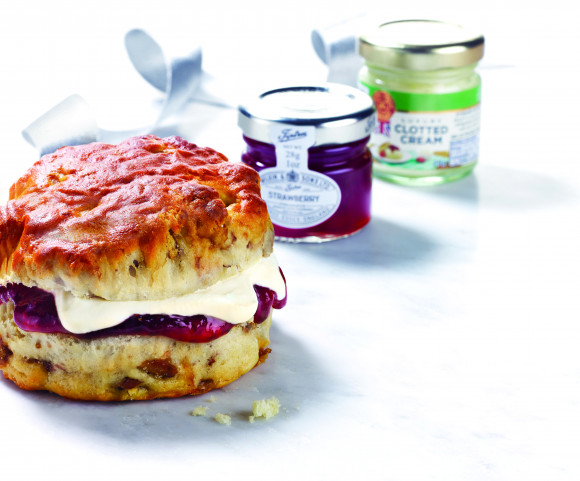 n its milestone year, British Airways is partnering with more great British brands than ever before with the introduction of limited-edition food, drink and gifts that customers can enjoy.

From today (May 1) coffee lovers can go plastic free with an organic, fully compostable coffee bag from London based roasters, CRU Kafe, who have developed an exclusive three bean blend that will be available on short-haul flights in Euro Traveller. In true British style the airline has also launched a centenary edition afternoon tea including a scone, jam and clotted cream for a traditional cream tea experience in the air.

In a world first, Edinburgh based gin distillers, Pickering’s, have created a gin that has been specifically developed to be enjoyed at altitude. The 10-botanical blend is available on all short haul flights and through the High Life shop as part of a trio pack. Customers will also be able to enjoy an English white wine straight from the Kent countryside as Chapel Down’s 2018 Bacchus is added to the inflight menu. The wine has been bottled exclusively for British Airways.

The airline is also launching a handcrafted, huggable teddy bear by heritage bear-makers Merrythought. The collectible bear has been named Jarvis, after British Airways’ late museum curator, Paul Jarvis. Jarvis Bear has been designed with an anniversary 100 emblem and styled with a vintage scarf, giving a nod to the airline’s proud history.

Jude Winstanley, British Airways’ Head of Ground Products, said: “We have searched the length of the country to find some of the best of British brands to partner with for our centenary. We are delighted these limited-edition products will be available to customers on board this summer.”

Flyers can also use Avios to purchase items on board via the British Airways app or with their Executive Club card.

Customers will also have the chance to buy a heart shaped locket by Wales based jewellers, Clogau, containing rare Welsh gold and limited to only 100 pieces. Luxury lovers can also purchase a limited-edition Mulberry Bayswater tote in ruby red with a cobalt blue lining, along with a limited-edition scarf in Mulberry’s signature tree pattern in bright navy. Both items have been created to mark 100 years of the airline.

British Airways and Marmite have also teamed up to create a limited-edition travel-sized jar that customers can take in their carry-on. As Marmite is the most confiscated branded food at airport security, the centenary jar is conveniently sized to fit within the liquid allowance.

Earlier this month the airline announced a partnership with Scottish craft brewers, BrewDog, who have created a transatlantic IPA for customers and in a world first brewed the beer on a flight. The airline has also partnered with luxury British watchmakers Bremont on the launch of a new limited-edition timepiece, featuring metal from one of the most famous and iconic planes in history – Concorde.