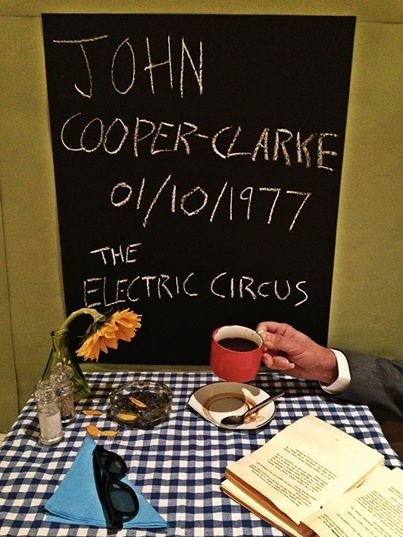 A exhibition at Piccadilly Station Metrolink stop is paying tribute to some of Manchester’s most iconic music artists.

Still Lives: Music in Manchester, 1976-1992’, features nine bands including The Smiths and The Stone Roses alongside the venues where they made their names.

Each of the nine pieces of artwork details an important gig in the history of Manchester music, with each taking place at a famous Manchester venue and played by an influential Manchester band.

Created by 21-year-old Bowden artist and musician Jordan Bolton, the exhibition will be displayed in light boxes at Piccadilly Metrolink stop until 25th April.

Jordan Bolton said: “I wanted to put all these bands together in one exhibition and thought it would be interesting to include them alongside the important venues within Manchester, which were a huge part of Manchester’s cultural history but do not get the same amount of public attention. Most of these venues have now been turned into something else, and so we may pass them every day in the centre of Manchester but are not aware of their significance and place in our culture.”

For more information on the work of Jordan Bolton, visit his Facebook page at www.facebook.com/JordanBoltonDesign