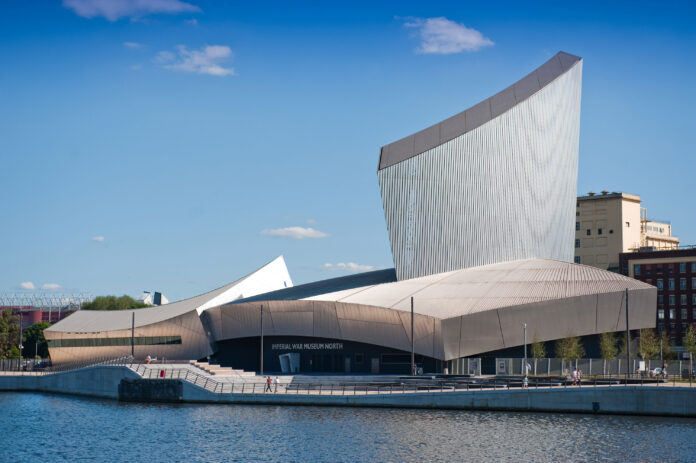 2022 marks 20 years since IWM North first opened its doors to the public. To celebrate this special anniversary, new exhibits from the First World War will be displayed in IWM North’s Main Exhibition Space, with recent acquisitions featured for the first time as well as a number of stories from the North West region.

Unique historic objects at IWM North will vividly reveal what it was like to live through the First World War, on the far-flung fighting fronts as well as closer to home. On display for the first time will be the identification bracelet of Sergeant William Robinson Clarke, the first black pilot known to have served with the Royal Flying Corps. Visitors can also see a recently acquired and extremely rare passenger life belt from the ocean liner RMS Lusitania, which was found washed up on an Irish beach in 1916. The ship was struck by a German torpedo on 7 May 1915 and sank within 18 minutes. Almost 1,200 passengers died. The sinking of RMS Lusitania caused international outrage and helped turn public opinion against Germany, particularly in the then-neutral United States.

The impact of war on people from the North West region will also feature in the refreshed First World War displays. Manchester-born Albert Tattersall was one of many men from Manchester to go into action on the first day of the Battle of the Somme. He was wounded in the attack and died from his wounds two days later aged 23. His belongings were returned to his family and lovingly kept in memory of their son’s service. Albert’s cigarettes that he never got to smoke and his identity tag will be going on display. Also featured is a gold locket, given by former Lancashire mill worker Private John Brooks to his fiancée Sarah Storey. She treasured it throughout her life, after he died serving in France in March 1918.

In addition to the new exhibits, a number of artworks will also be going on display at IWM North for the first time, reflecting IWM’s rich collection of art from the twentieth century to the contemporary. They include a watercolour by Paul Hogarth who moved to Manchester as a child and who later attended the Manchester School of Art, and a print by British artist Rachel Howard which explores the torture and abuse of detainees at the Abu Ghraib prison in Iraq.

2022 also marks the 40th anniversary of the Falklands Conflict. Images by photographer Paul RG Haley, who covered the conflict for Soldier Magazine, will be projected in the galleries at IWM North, as part of a series of large-scale, newly digitised photos and film taken during the conflict. Personal stories of those who served will be told through objects, such as those relating to Bolton resident Corporal Neil Maher, who served as a signals specialist with No. 656 Squadron, Army Air Corps. Maher set up ship-to-shore communications for crewmen of the damaged RFA Sir Tristram after the ship was bombed at Fitzroy on 8 June.

IWM North opened its doors on 5 July 2002 and has since welcomed millions of visitors from around the world through its doors. Unlike any of IWM’s other branches, IWM North is a purpose-built museum, designed by world-renowned architect Daniel Libeskind, to set the scene for the stories within. Since opening, the museum has staged numerous and diverse temporary exhibitions, spanning the First World War to the present day. Visitors to the museum will have also witnessed the powerful Big Picture Show, which uses the 27-foot-high walls of the Main Exhibition Space to bring to life people’s experiences of war. 2022 sees IWM North continue the tradition of bringing rich and varied stories to new audiences, stories that tell of lives impacted irrevocably by the course, causes and consequences of war.

The new exhibits will be open to the public from 2 April in IWM North’s Main Exhibition Space. 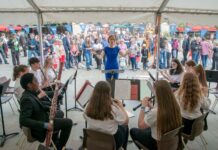 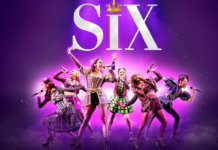