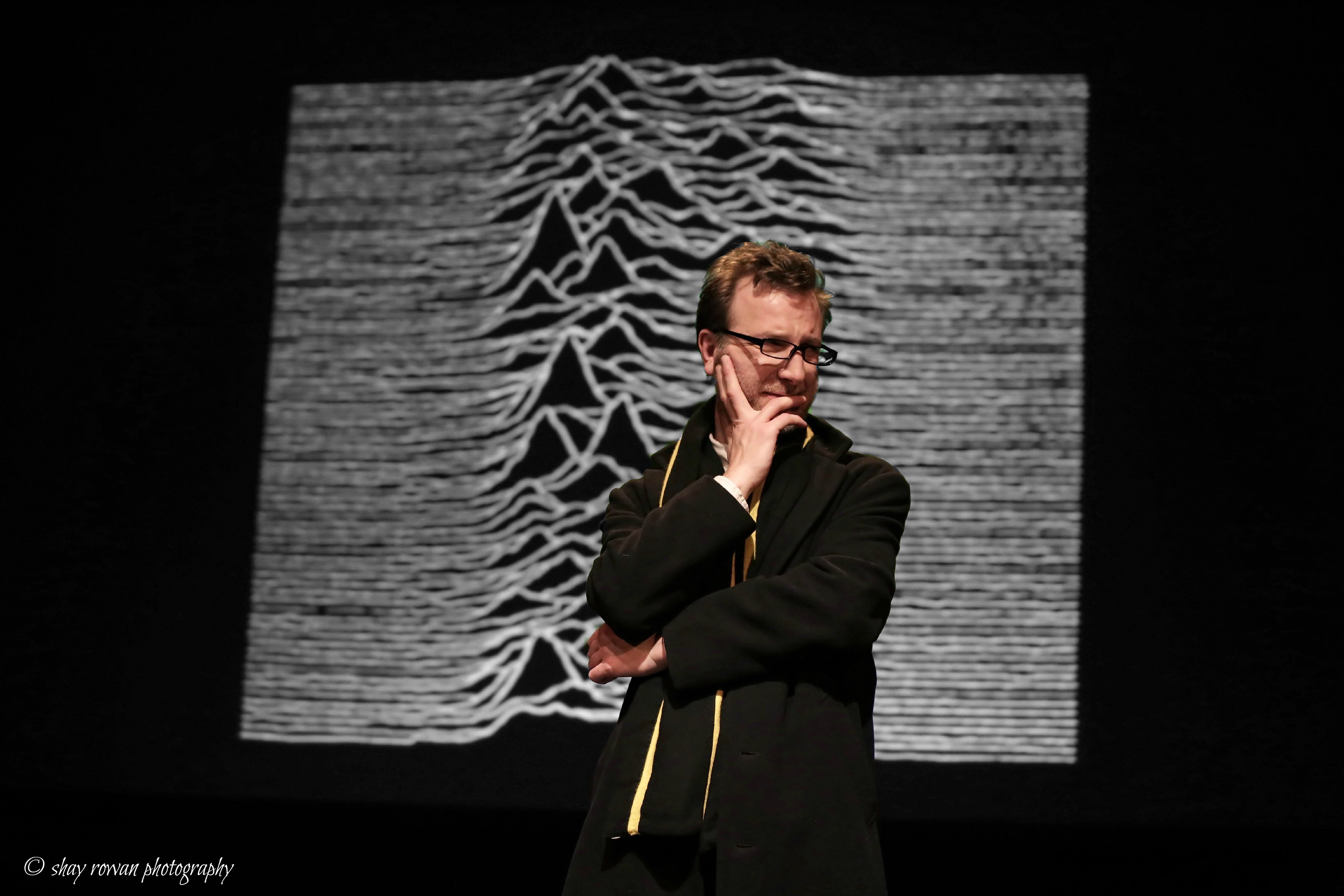 A new play chronicles the rise and fall of ​ Manchester’s ground-breaking post-punk band and the tragic suicide of lead singer Ian Curtis.
Showing in theatres around the country, this is the story of four ordinary lads from Manchester, Salford and Macclesfield who, inspired by the punk revolution of the 1970s, came together to form one of the most influential bands of all time, Joy Division.

​T​his unique production places the band within the context of Manchester’s history as a city with a vibrant reputation, setting the scene for a completely new and fascinating look at the Joy Division story.

Anthony H Wilson (played by Lee Joseph)​ guides the audience through the heart and soul of both the band and the city, interviewing an array of historical figures, including Roman General Julius Agricola, Dr John Dee, and the Buzzcocks!

The result is a spellbinding journey of love, passion, progress, grief, and of course music, drawing inspiration from the enigmatic lyrics of Ian Curtis, with a soundtrack featuring live performances of his most beloved tracks.

A smash hit when it debuted at the Greater Manchester Fringe Festival in July 2013, New Dawn Fades was subsequently staged at the Macclesfield WinterFest in Ian Curtis’ home town, where it played to capacity audiences and standing ovations, as it did in March 2014 during a one-off performance at Manchester’s Dancehouse Theatre. A tour of NW England in 2015, saw more acclaimed performances at a variety of theatres including Chester’s Forum Theatre, Leeds City Varieties, and Manchester’s Dancehouse.

Now, due to popular demand, the show is going on the road again, touring London, Bury St Edmonds, Liverpool, Manchester, Leeds, and Sheffield, between 29 March and 23 April 2016.

Written by Brian Gorman, creator of Everyman: The Story Of Patrick McGoohan – The Prisoner, co-writer of the 2013 stage version of Blade Runner, and writer/artist of the Joy Division graphic novel. The play is produced by Giles Bastow of All Roads Meet, and directed by James Foster (Mischief Night, The Violators and Diary of a Bad Lad). The play stars Michael Whittaker as Ian Curtis, Natalie Perry as Debbie Curtis and Lee Joseph as Tony Wilson .