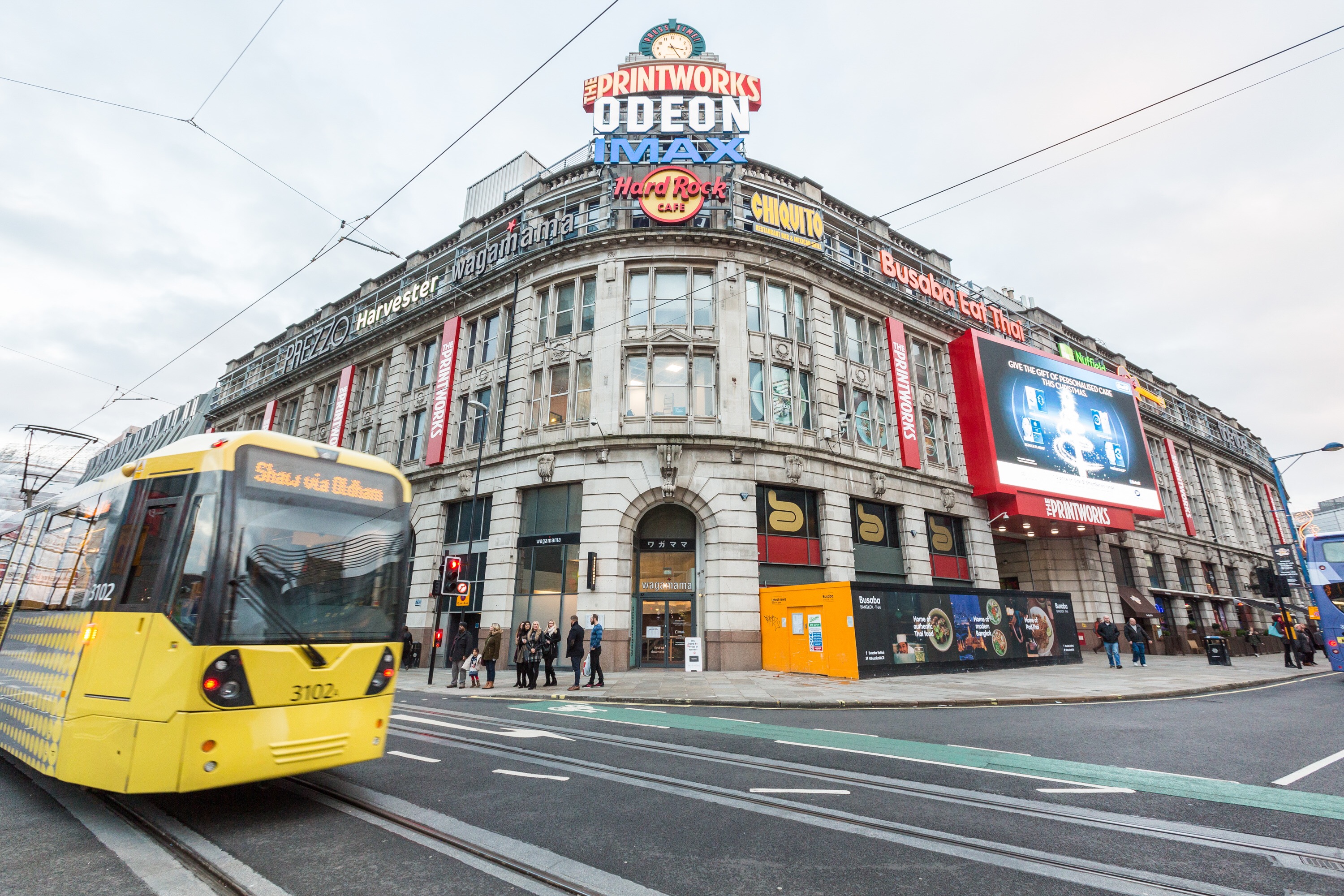 This year has started off with a bang at The Printworks, following new openings, refurbs, recruitment, the opening of the Exchange Square tram stop and a string of exciting events lined up.

The opening of popular venues, Busaba and Walkabout drew punters and the media into the entertainment complex looking to try out the new food and drink offerings. A new Frankie & Benny’s diner is scheduled to open in February with more exciting openings taking place later in the year.

The entertainment venue has also invested in an internal refurb, an overhaul of the ODEON cinema and the installation of a new giant screen on the front of the building – the biggest in Manchester. It has also recruited a new marketing coordinator, Laura McGaghey to manage events, openings and the marketing of the venue within the Manchester region and around the UK.

Last year was a great success for the entertainment venue, with landmark events such as the 12th annual Vintage Swing in April, and the first ever Manchester Soul Festival drawing in over 40,000 visitors and raising over £20,000 for The Christie. It celebrated 15 years as Manchester’s number one party venue and continues to drive forward in 2016 with a host of events, celebrations and competitions planned. Fundraising was a big part of last year as The Printworks and Hard Rock Cafe harvested and sold their second batch of honey from the beehives in the rooftop garden, with proceeds going to Forever Manchester and The Booth Centre.

Fred Booth says: “Last year was a huge success for us, following our popular events and financial investments in our team and the building. The opening of Walkabout was a fantastic end to the year and Busaba’s launch this month will bring in another wave of visitors from the region. We’ve got even more launches planned for 2016, starting with Frankie & Benny’s opening in February, as well as activities for Valentine’s Day, the UEFA Euros, and the Rio Olympic Games. We’ll continue to work on our rooftop eco-garden and will also be running our annual Printworks Unsigned, Vintage Swing, Manchester Soul Festival, Zombie Walk as well as our monthly ‘Keys to the city’ competition on the website and across our social media channels.

“The opening of the new Metrolink tram stop and the completion of the roadworks have provided an added boost to business as we are now much more accessible for visitors from the city centre and the surrounding towns and suburbs.

“We’re all set for an even bigger and better 2016 and we invite Mancunians to come and enjoy our established, popular venues as well as the new bars, restaurants and night clubs.”

Ecclestone to star in new drama to be made in Manchester