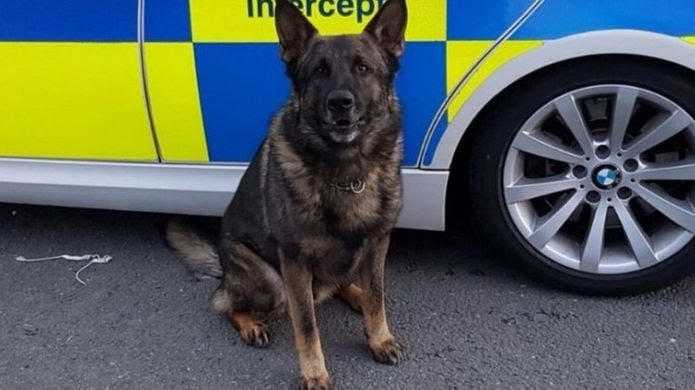 PC Paul Jackson was subject to investigation following complaints about his use of his police dog, and alleged excessive force, during separate incidents from August  2015 to September 2016.

The incidents resulted in some of those arrested sustaining serious injuries which required hospital treatment.

Another officer, PC Paul Lockett, was charged with misconduct in a public office, and with one count of aiding and abetting in relation to one of the wounding

Both were unanimously acquitted of all 13 charges following an investigation by the Independent Office For Police Conduct.

PC Jackson had been accused of deploying his police dog to cause serious injuries to suspects. PC Lockett was accused of aiding and abetting PC Jackson’s alleged assaults.

Stu Berry, Chairman of Greater Manchester Police Federation, said: “This whole case has been a farce from start to finish and an unnecessary waste of the public money in times of extreme austerity.

“This case has been nothing short of a witch hunt as the Independent Office for Police Conduct (IOPC) proactively sought evidence and built a flimsy case around evidence provided by convicted burglars and worse, a convicted murderer.

“Questions have to be asked about the standard of the IOPC investigation and their staggering levels of incompetence. How are these people accountable for their actions?

“The time for talk and half measures are over and we are calling for a full and independent review of this case by the Policing Minister and Home Secretary. The IOPC is clearly not fit for purpose in its current form.

“The IOPC investigators thought nothing of visiting Her Majesty’s prisons to gather some of this so called “evidence” against our colleagues and thought this pack of lies was enough to take two of our members to court, risking their livelihoods and their liberty.

“Police officers have no issue with being held accountable for their actions – we are the most accountable and scrutinised public service and rightly so. However, investigations must be fair and they must be timely and proportionate. Most of all they must be balanced.

“The lives of two highly motivated and respected police officers have been ruined with long-lasting consequences for their professional and private lives. Right-minded members of the public will be appalled at the amount of public money spent on such a case.

“Have we got to the point where we as a society believe the word of career criminals over honest and hardworking police officers?

“We now face a situation where dog handlers are reluctant to do their job. Instead of focusing on catching the bad guys, their first thoughts are; “we don’t want to be the next Paul Jackson”.

“If we are not careful and without the appropriate protections from these so-called investigations, we risk our dog section becoming nothing more than a dog-walking service.

“Once again, I emphasise that police action should be scrutinised. But we can’t, as a society, seek to punish and prosecute police officers for simply doing the job we ask of them. It’s perverse. That can’t be right – and ultimately the public will be the loser.

“I would like pay credit to our colleagues PC Paul Jackson and PC Paul Lockett for maintaining their professionalism and dignity throughout the process. We wish them and their families well as they get on with their lives.

“We also thank their legal team at Slater and Gordon for their continued professionalism and hard work.”