Parts of the Earth will be uninhabitable by 2500 if the current level of effort to address the climate emergency is maintained, a new study predicts.

The study, led by researchers at the White Rose universities of York, Leeds and Sheffield, ran different atmospheric concentrations of CO2 through a widely-used climate model to assesses the impact on our planet’s climate, ecosystems and food production up to the year 2500.

The research, published in Global Change Biology, also modelled vegetation distribution, heat stress and growing conditions for our current major crop plants, to get a sense of the kind of environmental challenges today’s children and their descendants might have to adapt to from the 22nd century onward.

The researchers found that if efforts to combat climate change remain at low or medium levels, global average temperatures will continue to increase beyond 2100. Under those scenarios, vegetation and the best crop-growing areas move towards the poles, and the area suitable for some crops is reduced. Places with long histories of cultural and ecosystem richness, like the Amazon Basin, may become barren.

Further, the study found heat stress may reach fatal levels for humans in tropical regions which are currently highly populated. Such areas might become uninhabitable. Even under high-mitigation scenarios, the researchers found that sea levels will carry on rising due to expanding and mixing water in warming oceans.

Co-author of the study, Professor Rob Marchant from the Department of Environment and Geography, said: “Although there is plenty of focus on the UN Climate Change Conference (COP26) and decisions that will be taken in Glasgow focusing on de-carbonising economies and supporting adaptation towards 2030 and 2050, it is useful to remember that climate change is not going to stop in the coming decades. We are calling for social political economic systems to be aligned to addressing the challenges, both short and long term.” 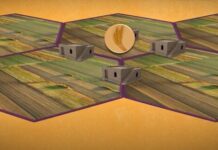 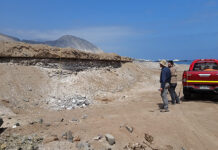 Did our teeth evolve from the armour scales of primitive fish