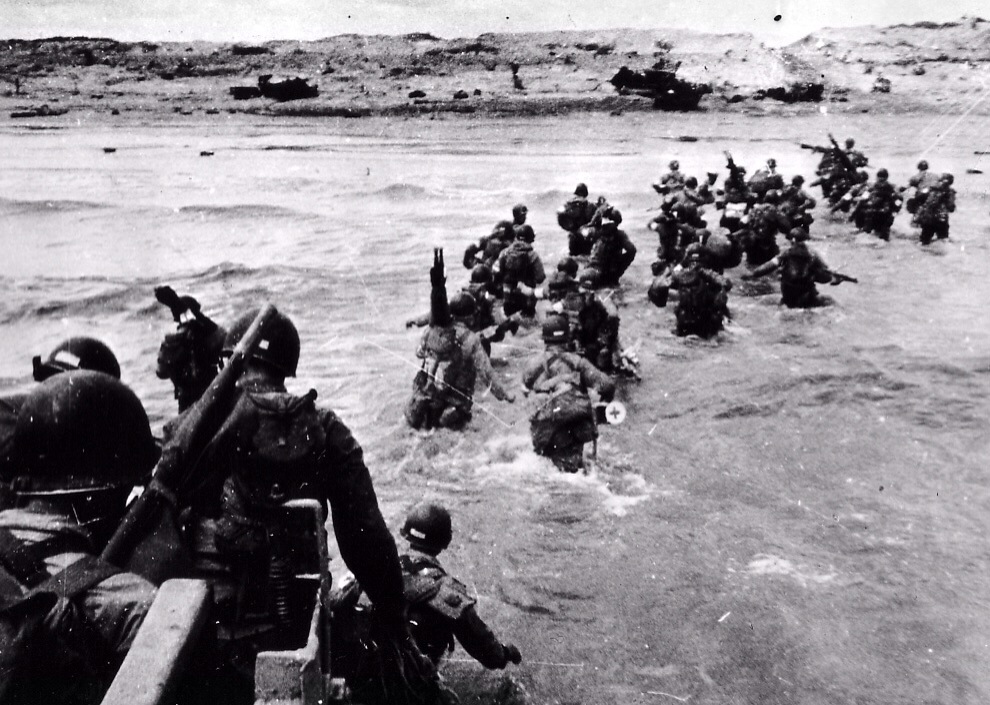 The story of D-Day has become very Americanised according to a Manchester historian, who has contributed a chapter on how Britain remembers the historic day to a new book.

Published to mark the 70th anniversary of the Normandy landings on June 6, 1944, D-Day in History and Memory is edited by a team including Manchester Metropolitan University history lecturer Dr Sam Edwards.

Dr Edwards said: “It’s important that we acknowledge what happened on that day for its historic significance, for the thousands who died and for those who still lie buried in the fields of France. It’s crucial from that perspective but also because of how here in Britain we’ve come to see the event as saying something about our national character, our role in the war, and our commitment to Europe.”

He said the impetus for the book, which is co-edited by US historian Michael Dolski and Prof John Buckley of the University of Wolverhampton, came about through a mutual interest in how the day is remembered.

Over the last few years, the story of D-Day has become very Americanised – we wanted to explore how other nations commemorated it. It began the liberation of Occupied Europe, which was crucial moment in the history of World War Two.”

The book contains chapters on how France, Germany, Russia and Canada commemorate D-Day, as well as chapters on the UK and the US.
Dr Edwards’ chapter, The Beginning of the End: D-Day in British Memory, looks at how the landings are symbolic of both our relationship with France and Europe and as a marker of the Special Relationship with the United States.

He also explored how D-Day was “the last moment of a great British military power” – the last time when the UK’s military might was equivalent to that of the US.

The book also features a chapter on German commemorations of D-Day was written by Günter Bischof at the University of New Orleans.

Dr Edwards said: “For much of the 50s, 60s and 70s it wasn’t acknowledged in Germany because it was too difficult, but what we see in Günter’s chapter is that by the late 1990s and onwards into the 21st century D-Day began to receive more attention in Germany.

“Partly that’s because the Cold War, which was the last lingering reminder of the World War, ended, and partly because Germans started to mark the day as the beginning of their own liberation.”

D-Day in History and Memory: The Normandy Landings in International Remembrance and Commemoration is published by The University of North Texas Press.