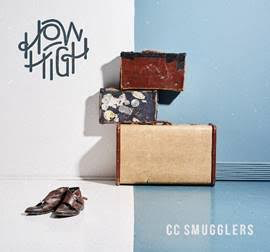 CC Smugglers have announced their debut album, ‘How High’ will be released on 29th March.

The six-piece band hailing from across the UK have earned a reputation as a phenomenal live tour-de-force, earning them a reputation across a multitude of genres.

Current single ‘Well Well Well’ showcases one of many strings to CC Smugglers’ bow that features across album ‘How High’. A barnstorming, banjo-driven track, it features the folk element of their palette which also touches upon Americana, Country, Blues, and Soul; all brought together on this album by the production which presents their live sound as honestly as possible – a true band of raw, high-octane live performers.

Formed by a young busker; frontman Richie Prynne in his early twenties. He soon recruited his childhood friends Dan Edwards, Ryan Thomas and Sam Barrett who spent years honing their craft on the streets of London, Cambridge and Bedford England. In later years Manchester based pianist and front man in his own right Tom Seals and Jazz trained drummer Felix Weldon.

In 2013 their journey took a drastic turn as they designed a bid to create a career as touring stage performers. In their usual innovative way they used their well rehearsed approach of ‘Guerrilla Busking’ to create a media splash and reach bigger number of fans than ever before.
​
Cue their most daring ‘Guerrilla Busking’ mission to date. The eventual success of which would elevate them to national recognition. The stunt was picked up and reported by The Sunday Times and triggered a series of events that saw them eventually touring their stage-show across the world.

Following this, the band garnered the attention of BBC’s Cerys Matthews and Bob Harris, as well as being asked to perform as a backing band for bastion of many genres that intertwine CC Smugglers’ music, Seasick Steve.

Using traditional recording techniques from the legendary Bluesmen past such as Muddy Waters, and also featuring the Oxford Gospel Events Choir, CC Smugglers are a visceral live band with an understanding of roots music; they have translated this to record with a maturity thatsurpasses their years.

‘How High’ released on 29th March 2019 is available to pre order through the bands pledge store, Website and all major outlets https://listnin.co/HowHigh 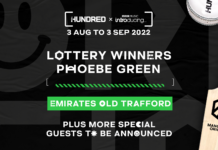