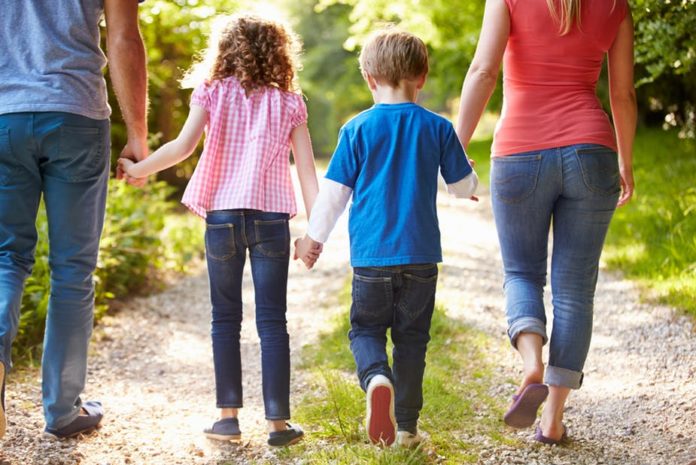 Parents in Britain are worried about their children’s mental health because of pressure schools put on them, a new study has revealed. The research comes just as Ofsted has announced that its inspectors will not assess how homework is being done under new framework, it states schools should decide whether or not they set it for their pupils.

A survey commissioned by outdoor toy company TP Toys has found that parents of children as young as four years old think schools are too focussed on getting exam results rather than the learning needs of their children. As a result, over a third of parents think it is having a negative effect on their child’s mental health.

More than half (57%) of parents who took part in the survey said they thought there has been increase in mental health and wellbeing issues compared to when they were younger, citing mandatory homework their children must do as a key contributing factor.

The survey revealed a disturbing insight into how parents are worrying for their young children’s mental health because of the pressures put on children by schools today. Over half (55%) confessed to their child suffering damaging emotions at a young age when it comes to completing homework.

Over a third of all parents questioned agreed that they believe that the homework their children must do has a negative impact on social development and the amount of quality time spent with family, they also revealed that their child is struggling with the amount of homework they get and often loses sleep over it.

Parents think most homework is pointless

The survey, which asked parents across the UK about their thoughts on the amount of homework children get, revealed that 60 per cent think the school focusses too much on exam results rather than individual learning and 40 per cent think that the majority of their child’s homework is pointless.

Parents are feeling the pressure too, 40 per cent stated that they think the school expects too much from them when it comes to helping with homework. Whilst 70 per cent of parents are spending up to 3 hours a week helping their kids with schoolwork, compared to only 40 per cent spending the same amount of quality time together.

In some areas of the UK parents are spending between five and 11 hours a week helping their child with homework, with London and Northern Ireland racking up the most hours spent doing so.

So, if schools are no longer being inspected on their homework will they be forced to listen to parents opinions on the matter? The answer is no, in July Ofsted announced that they would no longer be asking parents about what they thought about whether or not their child’s homework is age appropriate.

Linda Grandson, an ex Head Teacher of 35 years, comments on appropriate levels of homework, “Half an hour home-work on written topic work before the evening meal is usually manageable and half an hour story time before bed is relaxing. As much as possible of the remaining time, depending on the family routine would be ideally be left undirected.

“Play is a child’s work, it is where they can let off steam, allow their imagination to create freely, solve problems with uninterrupted repetition, develop gross motor skills, sit quietly alone observing nature and much, more so after a day at school where specific focus has been required it is essential to ensure that children have undirected, uninterrupted free time.”

Almost 50 per cent of the parents (45%) surveyed think their children’s time would be better spent playing outside, learning from friends, on field trips and through play rather than doing homework. On average primary school children are spending two hours a week doing homework, just one hour less than their secondary school counterparts, and they are only spending three hours playing with friends.

The majority of parents are spending up to three hours helping with study tasks and only managing to spend up to two hours a week doing outdoor activities with their kids even though they believe that is what is best for them, Global children’s charity Unicef also cites it as a major part of development.

Guy Orr, Director at TP Toys at TP Toys comments on the research, “As a toy company we understand the importance of outdoor play and believe it is vital in order for a child to thrive. We’ve been developing toys for well over half a century and always strive for engaging products that are also socially interactive and help children get the most of their playtime.”

Argument breaks out between Andy Burnham and Health Secretary over Covid testing detail for...