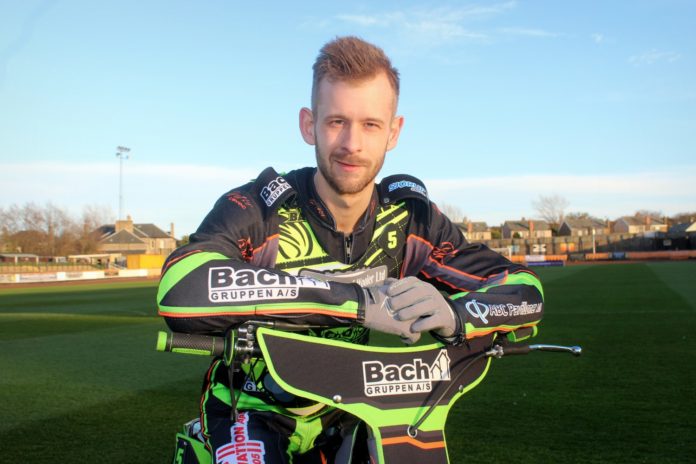 Belle Vue have moved to secure the services of Nikolaj Busk Jacobsen for the remainder of the season after losing Tero Aarnio to a suspected broken rib in their meeting at Swindon on Thursday.

The 25-year old started the year with Poole but was released by the club after coming down with an illness relating to his appendix, but he is now fully recovered and eager to make up for lost time.

He also stars for Berwick in the Championship and most recently guested for Belle Vue in their 40-50 televised win over Peterborough; a meeting which left an impression on the Belle Vue management.

Director of Speedway Mark Lemon said: “We’re entering into a crucial stage of our campaign and unfortunately with Tero’s latest injury he now requires more time to regain full fitness.

“With this in mind, and with the mutual agreement of both parties, it has been decided to release him and we wish him all the best going forward.

“He is a young rider who is constantly improving with Premiership experience and has had the benefit of his time with his Championship team Berwick to further hone his skills.

“He will take his place at reserve for the remainder of the season, and we very much look forward to working with him.”

The Rentruck Aces head to Ipswich on Thursday, August 1 while the Cool Running Colts take on Kent at the National Speedway Stadium.

Tickets available online at www.bellevue-speedway.com and at the stadium box office on race night.