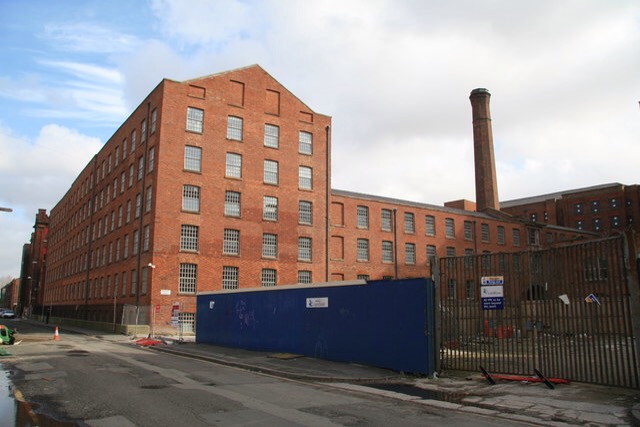 Murray’s Mill and New Union Street will be  the first sites developed for housing by the Joint Venture between Manchester City Council and the Owners of Manchester City.

The Manchester Life Development Company announced last summer that it would provide  more than 900 new homes through the development of six sites in Ancoats and New Islington.

Now the  first two sites within Phase One, New Union Street, next to the Rochdale Canal, and Murrays’ Mill in Ancoats, are now in detailed design, with planning applications due to be brought forward from spring 2015 onwards.

Marty Edelman, Executive Chairman of Manchester Life Development Company, commented: “We are really excited with the progress we have made with concepts for Murrays’ Mills and the New Union Street site. We have focused on preserving the heritage of one of Manchester’s most important historical buildings, and setting a new benchmark for residential accommodation in what will become one of the city’s most vibrant and well located neighborhoods.

Murrays’ Mill is one of the oldest surviving steam powered cotton mills in the country and turning it into high quality residential accommodation saw a Local community engagement event held last week to share the initial plans.

Sir Richard Leese, leader of Manchester City Council, said: “Manchester Life is another chapter in East Manchester’s regeneration story which began in the 1990s and was accelerated by the Commonwealth Games and Abu Dhabi United Group’s investment in the Eithad campus.”