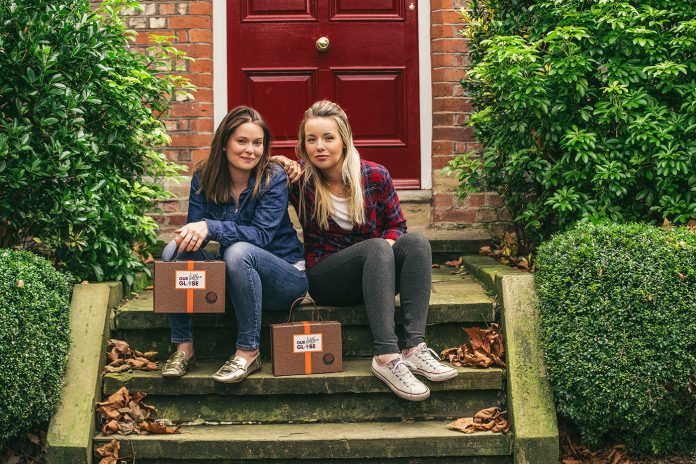 Two mums from Greater Manchester used their maternity leave to establish a new business that teaches children about the world.

Our Little Globe is a subscription box service for children to discover the cultures, tastes and traditions of a new country every month, through themed activity boxes.

Whilst navigating the first months of being a new mum, Erin Rodgers, from Cheadle,  was immediately intrigued when her friend, Fiona Neate, from Sale approached her to start a business. “we both happened to be at the same stage in life, where we could take stock of our careers so far and agreed we had the passion to build something special.”

Our Little Globe was borne out of the idea that teaching young minds about the unique qualities each country has to offer, would encourage curiosity and an acceptance of different cultures in the younger generation. As such, Our Little Globe’s big message is different is brilliant.

“Our activity boxes are fun for kids” says Neate, a mum of two from Sale. “However, because each month their box is themed to a new country they are educational as well. Whether they are curled up reading their personalised letter from Tara in India or cooking a traditional meal with help from Bikol in the Philippines, they are learning as well.”

Neate and Rodgers married their distinct skills and experience to design their unique product over the course of 18 months in between holding down pressurised jobs. Both keen travellers, Neate had previously owned an online personalised clothing company to showcase her creative talents and Rodgers, had a career as a disability rights lobbyist in London. “We brain-stormed for weeks, but it was always going to be something that we both passionately believed in. It just shows some things are meant to be,” says Rodgers.

Our Little Globe opened for Business in December 2017, “starting a business from scratch as mums with other responsibilities continues to be a difficult balance and at times exhausting. However, it has been worth it see our idea come to life and to celebrate the small successes when they come,” says Neate.

Our Little Globe has just agreed a contract with Not on the High Street and currently has over 100 subscribers who receive a country-themed activity box each month.

One Young World – Manchester to host global gathering of Nobel Laureates, Heads of...