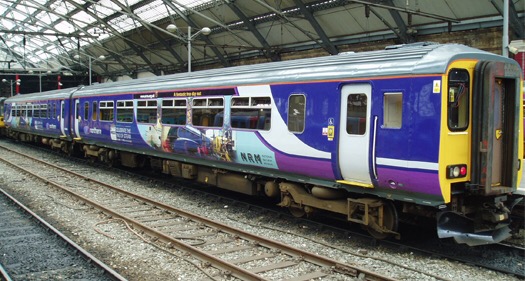 The city of Manchester is a showcase for both the problems of the country’s current over-centralised transport decision-making model, as well as the potential rewards of a more devolved approach.

That is the part conclusion of a new report out from the Fabian Society, More Than Passengers, which calls for wide scale transfer of powers away from central government to regional authorities.

Marcus Roberts, author of the report, and Deputy General Secretary of the Fabians, explains that regional authorities, which would be similar to Transport for London, should be set up and made responsible for licensing and planning.

This, he says, would make these bodies accountable to local communities, and help to rebalance the way money is distributed across the country (because at the moment, London receives double the amount of the entire north west).

Manchester, says the report, demonstrates the tension resulting from short-termist bidding and central government’s over-concentration of power, with the city struggling to balance building economic growth and maintaining basic infrastructure.

However the city also demonstrates what is possible when a more innovative approach to consultation and the shaping of transport spending plans is pursued.

The report also contains criticisms of the planning process for HS2 for which The huge local opposition to it laid bare the inadequacies of how we make transport decisions in this country.

“Rather than riding roughshod over local communities, those making the decisions about transport need to be closer to them and bring them in at the earliest possible moment to ensure that transport decisions reflect their concerns.” adds Roberts

45 year old man in hospital with life threatening injuries after trying to cross...

Rail users set for 2.8 per cent increase in fares next year