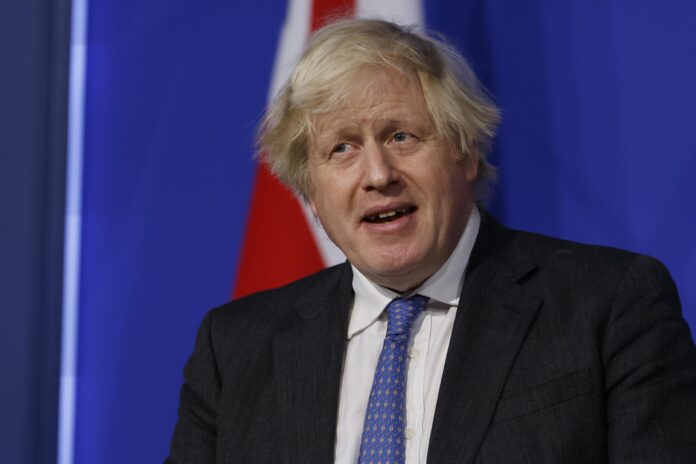 Boris Johnson had a birthday party at 10 Downing Street during the lockdown in June 2020 despite rules forbidding social gatherings indoors, ITV News has learnt.

The report says that Lulu Lytle – who was redecorating the Prime Minister’s flat at the time – also came down to the party.

Downing Street said in a statement that “A group of staff working in No 10 that day gathered briefly in the Cabinet Room after a meeting to wish the Prime Minister a happy birthday. He was there for less than ten minutes.” but denied that the party continued upstairs in the flat

“This is totally untrue. In line with the rules at the time the Prime Minister hosted a small number of family members outside that evening.”

The week before Johnson told us all: “meeting inside other people’s homes – that remains against the law”.

The news came on another bad day for the Prime Minister as Conservative Treasury minister Lord Agnew resigned from the government over its handling of fraud in the Covid loans scheme.

Announcing his departure in the House of Lords, he said a ‘combination of arrogance, indolence and ignorance’ was ‘freezing the government machine