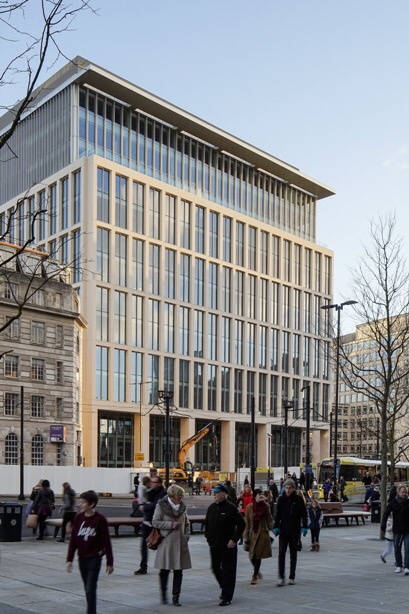 Number 1 Hardman Street and One St Peter’s Square in Manchester were recognised yesterday as two of the best workplaces in the North at the annual British Council for Offices (BCO) North of England, North Wales and Northern Ireland property sector awards.

The prestigious BCO awards programme recognises top quality office design and functionality and sets the standard for excellence in the regional and national office sector.

Number 1 Hardman Street, in the heart of Manchester’s Spinningfields business hub, picked up the award for Best Project Up to 2000msq, while One St Peter’s Square, in the heart of the city, was awarded the title of Best Commercial Workplace. 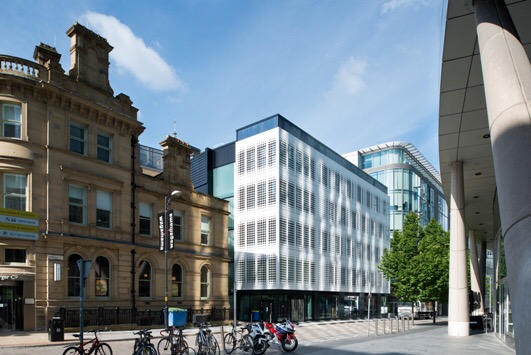 Number 1 Hardman Street was commended by the judges for overcoming significant challenges, including the already densely packed surrounding office area and the limited opportunity for height due to its proximity to the listed three story County Court building.

The space was transformed from its original purpose as a restaurant and arts venue by adding an additional floor in order to maximise office space to meet occupier requirements. As the final piece of the Spinningfields jigsaw, the building still displays a unique external design with checkerboard cladding and windows, resulting in a striking appearance that adds to its visual impact.

One St Peter’s Square was praised for fitting into central Manchester’s urban context and blending well with the older buildings in St Peter’s Square, including the grand Central Library building. The building employs a mix of modern and classic design techniques including the vertical emphasis of fenestrations, evident in the historically important buildings surrounding the site.

Space and flexibility are the guiding principles of the structure with an impressive reception area that doubles up as a public space. The floor plates above benefit from a clever use of building components to deliver varying amounts of solar shading while still maintaining an open feel and offering great flexibility for future fit outs. With a BREEAM Grade A rating of ‘Excellent’ and dedicated access for cyclists, the building’s services are delivered with Greater Manchester’s Energy Plan in mind. 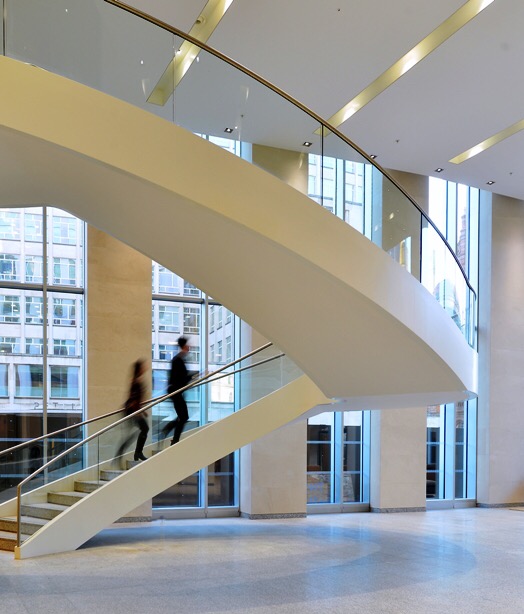 Judging Chairman, Andrew Woodhouse of Mott MacDonald, commented:  “We have seen a range of outstanding projects this year, across all categories of the BCO North of England, North Wales and Northern Ireland Awards. These two Manchester projects demonstrate how buildings with forward-thinking approaches to sustainability and flexibility can sit seamlessly in a historic city environment.”

House building in Warrington scooped the title of Best Workplace Fit Out, and the home of Blackpool Council in Bickerstaffe Square took home the award for Best Corporate Workplace.

This is the twelfth year the Regional Awards have been presented in the North, which celebrate excellence in office space regionally, before all winners go on to compete at a national level at the National Awards on Tuesday 6th October 2015. The awards  dinner, held at The Lowry Hotel in Manchester, was attended by over 270 of the country’s top designers, developers, architects and occupiers.