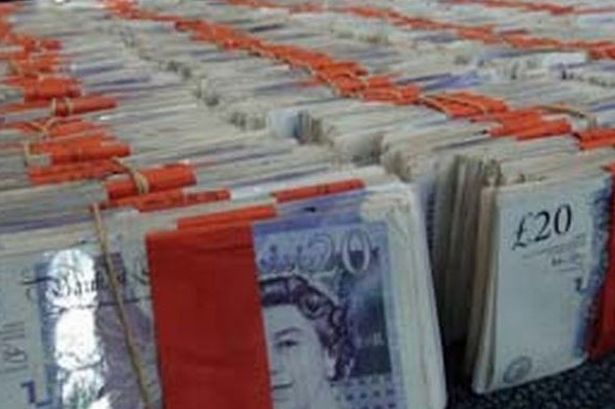 A gang who robbed cash in transit delivery drivers before laundering money at betting shops has been jailed for more than 124 years.

Operation Speedway was a GMP investigation into an organised crime group  centred on the Cheetham Hill and Broughton areas of Greater Manchester, with links to Burnley, Lancashire.

The conspiracy, which involved 17 men, saw a series of ten robberies targeting cash in transit deliveries between August 2016 and June 2017.

Offenders, usually working in pairs on a stolen motorcycle and often armed with machetes, would approach cash in transit officers at speed while they were replenishing ATMs at banks and shops.

After making threats, offenders would leave with thousands of pounds in cash.

Dario Eastcroft was the kingpin of the OCG and had a pivotal organisational role within the conspiracy. Most communications passed through him. He would carry out recces of the targeted premises and would often watch the robberies unfold from nearby.

The other defendants were drafted in on an as-needed basis. Each offence required ‘spotters’ to identify the locations of the cash in transit vehicles and riders and pillions for the motorcycles as well as drivers for the cars used as getaway vehicles.

To launder the money, which was dye-stained by security devices during the course of the robbery, members of the conspiracy visited a total of 47 betting shops across the North West.

There they would use fixed-odds betting machines to deposit the stolen cash before using credit slips to get clean notes.

On one occasion a deposit of more than a thousand pounds was made at a betting shop in Bury.

Cameron Yearwood began filling in an online account application because the cashier had insufficient cash to pay-out in full.

He put co-conspirator Noel Devers’ phone number on the application but abandoned it part-finished. When Yearwood returned the following day in an attempt to cash the betting slip, staff realised what was happening and stalled him.

Devers left empty handed and the betting slip, which was retained by staff, was found to have Dario Eastcroft’s finger prints on it.

The conspiracy was unravelled by CCTV footage seized from betting shops and the robberies, witness accounts, evidence gathered from phone records and extensive vehicle enquiries.

“They gave no thought to the hard-working delivery drivers they robbed, or the betting shops they attempted to defraud.Their robberies were calculated but often clumsy, and their attempts to launder the cash were ill-judged and naïve.

“Officers worked tirelessly to analyse telephone intelligence and CCTV in order to bring this very large and dangerous group of offenders to justice.

“I welcome the sentences handed down. A group of very dangerous men have been taken off the streets for a long time.”