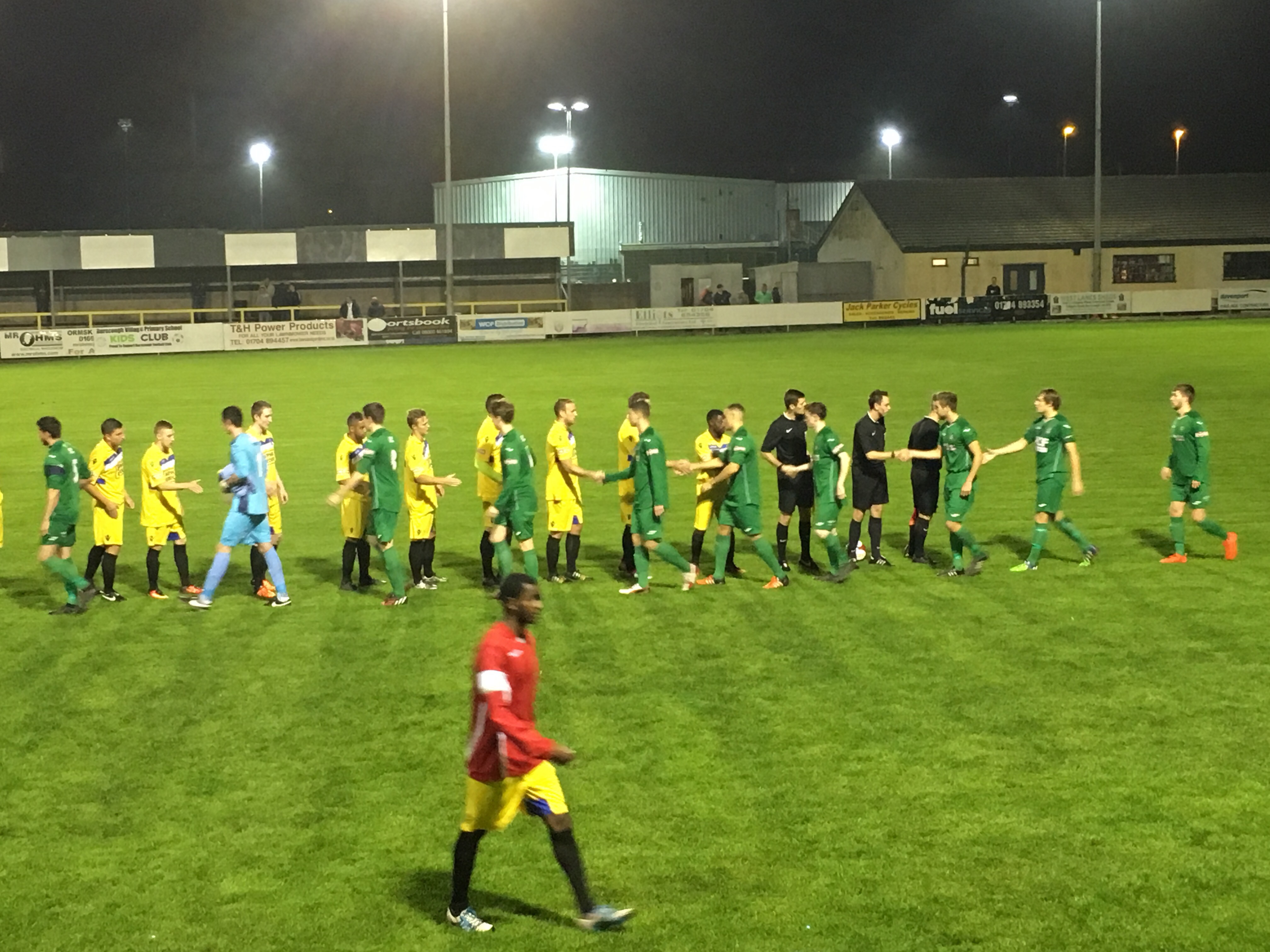 A frantic ten minutes of stoppage time after treatment for Scott Duxbury, who suffered a blow to his head midway through the second half which saw County equalize through substitute Scott Spencer before the League’s top scorer, Danny Rowe’s free kick gave the visitors all three point

FC United and Curzon Ashton played out a goalless draw, the fifth time the two teams have drawn in the last six meetings.

It was three defeats on the trot for the new management duo at Ashton United on the East Coast on Tuesday night.Two first half goals through  McTiernan and Tymon put the Seasiders on top against a depleted Ashton team who pulled one back through Banim after half time.

In Division One North, Hyde United got back to winning ways in emphatic style with a 4-0 win at Prescot Cables, Dave McGurk putting them in front following a set piece corner just before half time, goals from Phil Dean, Joe Pugh and a second from McGurk in the second half pushing the Tigers up to fourteenth in the table.

Radcliffe, Mossley and Droylsden all sit below them in the table. Radcliffe didn’t play but Mossley fell at home to struggling Ossett Albion 3-1 with brothers Abdou Gibril Bojang both scoring for the visitors summed up in their match report as am “extremely disappointing and disjointed display against a very average team”.

Droylsden were denied all three points at Burscough when former player Dominic Smith scored deep into second half injury time in another poor performance after they had, against the run of play taken the lead on the stroke of half time to a deflected own goal.

Trafford found themselves on the wrong end of a goal feast, after their six on Saturday, they crashed 4-1 at home to Lancaster, two goals from Oliver Crolla set the Dolly Blues on the way to victory before half time and Jacob Davis made it three on 54 minutes. Nicky Platt reduced the arrears on the hour mark but Lancaster put the game beyond doubt six minutes later through Craig Carney.