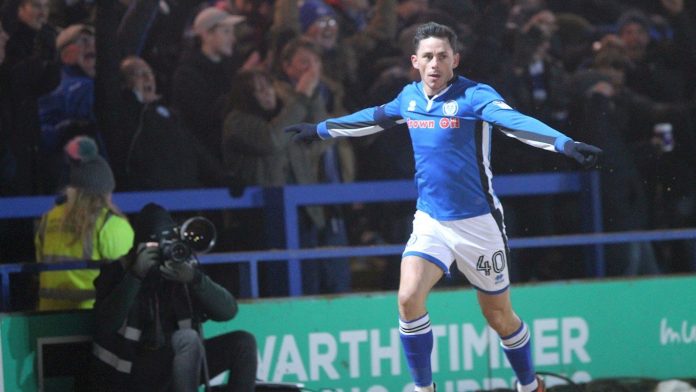 Manager Keith Hill admits it was a “special night” at the Crown Oil Arena, as his side booked their place in the fifth round of the Emirates FA Cup with a 1-0 win over Millwall.

The Lions had earned a replay against Rochdale, after snatching a late draw at the Den ten days ago, despite a performance from Hill’s team that was deserving of cup progression.

On Tuesday night, Dale to a man were once again impressive against their Championship opponents and a second half goal from Ian Henderson proved a worthy winner.

Rochdale may well have set up a fifth round tie at Wembley if Spurs beat Newport in tonight’s fourth round reply.

There was cup joy for Stockport County as they reached the quarter finals of the FA Trophy  beating Maidenhead United last night at Edgerley Park after coming from two goals down with just half an hour left of the tie.

Back in League one Bury chalked up a win maintaining their unbeaten run under Ryan Lowe with an excellent 2-1 win at home to AFC Wimbledon.

George Miller poked the ball into the back of the net from a rebound with 18 minutes played to open the scoring, but Phil Edwards’ own goal levelled the scores.

Harry Bunn found the winning goal just before half-time, but the Shakers battled until the very end to seal all three points.