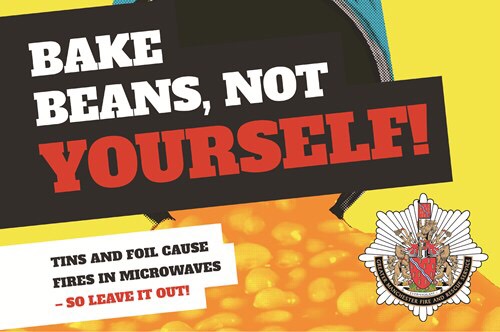 “BAKE beans, not yourself”, is among the messages firefighters are giving students feeling peckish while enjoying the Freshers Week festivities.
As 2016’s Freshers’ Week begins on Monday, September 19, Greater Manchester Fire and Rescue Service (GMFRS) has issued several safety messages for students living away from home for the first time.

Cooking after drinking alcohol or while tired are among the most common causes of fires in halls of residence and homes occupied by students.

The Service recommends getting a takeaway on the way home, rather than attempting to make food after a night on the tiles. Other tips include making oven chips, not using a chip pan and staying with any food you are cooking so it doesn’t boil out of the pan and start a fire.

GMFRS has produced posters, videos and social media messages to support the safety advice.Fire stations in areas traditionally home to a large number of students, deal with incidents of cooking fires involving young people on a regular basis.

One such case happened last year in Withington and was overseen by GMFRS Watch Manager Jagjit Dhaliwal. He said: “We had to force our way into the building where the alarms were sounding and it was very smoke-logged.

“We searched the property and found a young man asleep. He had been drinking and started cooking oven chips before falling asleep.

“It was really fortunate he had smoke alarms, as they alerted his neighbour. The crew rescued him, quickly extinguished the fire and cleared the smoke.

“I would encourage people not to risk their lives by cooking while under the influence of alcohol. A kitchen fire can start so easily when food is left unattended, and drinking can make you drowsy and impair your reactions.”

Stars turn out for the Christie