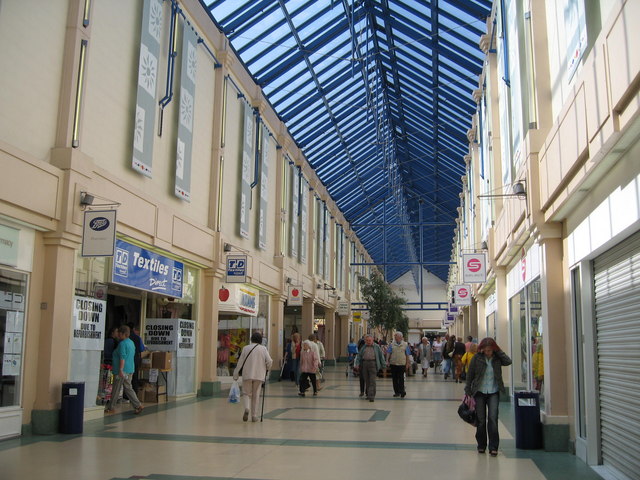 Masked thieves held staff at gunpoint during a bank robbery in Walkden yesterday.

Police were called to a bank in Ellesmere Shopping Centre, Walkden to reports of an armed robbery around 1.20.

Two members of staff were threatened by three masked men who were armed with a handgun and a machete.The attackers gained entry by following an employee as he entered the bank and pushed their way in.

One of the victims was forced to lie on the floor with a gun pressed in to his back.

The trio fled with a significant amount of cash in a getaway car, a red Mini Cooper which was later recovered in the area.

One offender has been described as approximately 5ft 8ins tall and of stocky build, wearing black jogging bottoms and a blue hooded coat.

All men were wearing balaclavas.

Police Sergeant Natasha Evans of GMP’s Salford borough, said: “This was a horrifying attack, which has left the employees extremely shaken.

“Thankfully no-one was injured, but that doesn’t excuse the terrifying ordeal that the victims had to endure at the hands of these violent men.

“I would urge anyone that was in the area at the time of the robbery that thinks they might have seen anything that could help our investigation to please get in touch.”

Strangeways, here we come as new crackdown on fly-tippers launches