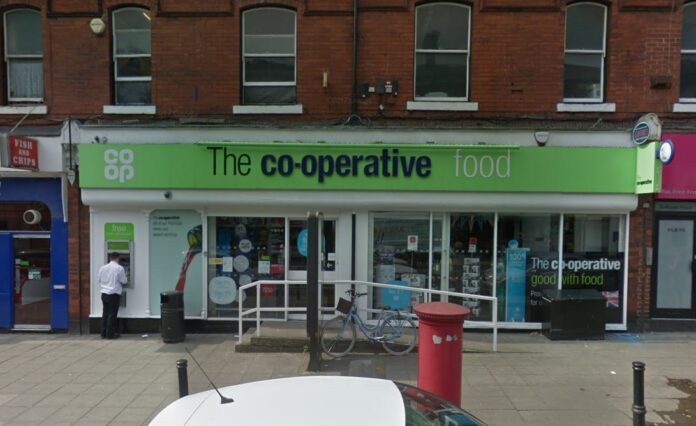 Staff went to the back of the store for their safety.

A third man, in a black SsangYong Rexton, caused damage to a cash machine outside the store before the three men fled the scene in the vehicle with cash from the cash machine.

The vehicle, containing some cash, was later recovered by police on Orchard Road East and the men are believed to have fled in a second unknown vehicle.

No injuries have been reported.The second vehicle is currently outstanding.

No arrests have currently been made and enquiries remain ongoing.

Detective Inspector, Chris Maddocks of GMP’s City of Manchester Division: “Thankfully those in the store at the time were left uninjured but have understandably been left considerably upset and shaken by the incident.

“We are appealing to anyone in the area who may have witnessed this incident to come forward and help police with our inquiries. Did you see either of the vehicles used by the offenders? We are particularly keen to speak with anyone who has information or dash cam footage of the offenders or either of the vehicles that were used during the robbery.”

Police searching for Black BMW in connection with Clayton shooting