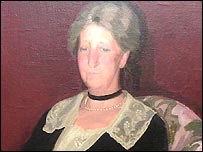 Last week the WoManchester Statue Project revealed its shortlist of twenty women, celebrating the significant role that women have played in Manchester. The campaign plans to unveil a new statue of a woman significant to Manchester to help address the inequality in the disparity between the representation of men and women in the city.

Over the next few weeks, About Manchester will be looking a little closer at the stories behind the twenty names. The first is Margaret Ashton

Following her death in 1937, The Manchester Guardian wrote of Margaret Ashton that city had lost its greatest women citizen.
The first women to sit on the city council, playing a leading role in the suffragette movement and a fighter for numerous causes, ‘Manchester’ added the commentator, ‘ should not readily forget what she did in years when the social conscience was less acute, to awaken civic responsibility.’

Yet she had by this time been shunned by the city, especially the council who had labelled her as a friend of the enemy and pro-German, over her activities in the First World War and even refused to hang a portrait which the editor of the Manchester Guardian, CP Scott, had commissioned to celebrate her 70th birthday.

Born in Withington in January 1856, she was the third of the six daughters and three sons of Thomas Ashton, a wealthy cotton manufacturer. Her politics came from her father, a Unitarian and an active member of the Liberal Party who held progressive views on social reform. He would raise the money that led to the foundation of Owen’s College in the 1870’s, the first Non Conformist higher education establishment in the city which would later become The Univeristy of Manchester.

Margaret followed the family tradition of social justice from 1875 working on a voluntary basis as the manager of the Flowery Fields School in Hyde, which had been founded by her grandfather, and expanded by her father for the children of mill workers. Care of his employees had always been an important factor to him, and during the cotton famine, when many mills were closed and most employers ruined, Thomas Ashton made sure that his mills never stopped.”

She entered politics in 1888, helping to found  first involvement in politics came in 1888, when she helped to found the Manchester Women’s Guardian Association, an organization which encouraged women to become poor-law guardians and to take an active role in politics.

Margaret helped to found the Manchester Babies Hospital in 1914, providing financial support and seeing the results in the fall in child mortality in Manchester during 1914-1918.

But it was her role in the suffragette movement that would define her later career.Margaret had joined the Women’s Liberal Federation in 1895, the following year becoming a founder member of the Women’s Trade Union League and a member of the National Union of Women Suffrage Societies and was committed to the use of constitutional methods to gain votes for women.

She left the Liberal Party in 1906 when it became apparent that the new government had no intention of bringing measures for votes for women putti get her time and money into the National Union of Women’s Suffrage Societies.

When war broke out in 1914, the Suffragette movement split between those who wanted to suspend all action during the fighting and patriotically support the troops and the faction that wanted a Europe wide peace.

Margaret aligned herself to the latter, invited to attend the Women’s Peace Congress in The Hague in 1915, the government refused to allow her to travel but she nevertheless joined the movement and in the patriotic fervor of the war was quickly branded pro German by many in her home city.

That culminated in her being ousted from the council’s educational committee after the war, her leaving of the council in 1921 and the refusal of Manchester Art Gallery to display a portrait of her a year later.

In retirement she continued to take an interest in her lifelong causes, the University, the Manchester High School for Girls and the Women’s International movement but she was handicapped by her failing sight in her later years.

She died at the age of 82 at her home in Didsbury.