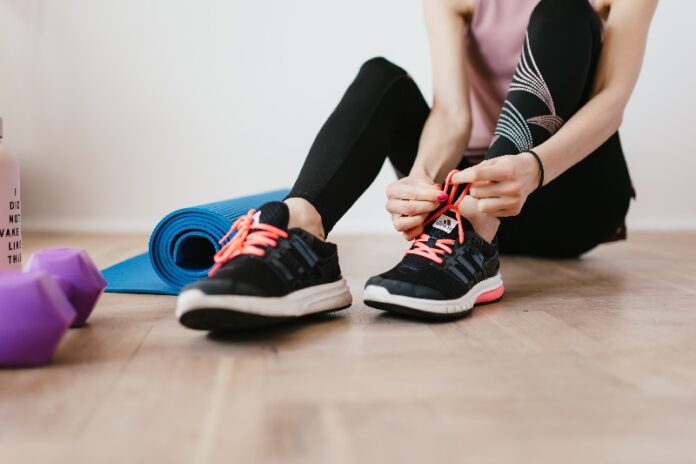 Many women still adapt their workouts or completely avoid physical activity during their period, according to new research by Manchester Metropolitan University.

Almost all identified a stigma and embarrassment around periods that caused them to feel uncomfortable or adapt their normal physical activity routine.

The 2016 Health Survey for England showed that 15 per cent fewer women than men, aged 16 to 34,meet aerobic exercise guidelines. Researchers say that while the lower levels of physical activity in women could be attributed to a number of factors, it is impossible to discount the impact of the menstrual cycle.

“This research shows that experiences during the menstrual cycle are extremely unique to each individual but also that we still have a long way to go to support women and normalise open discussions about the menstrual cycle, particularly in relation to physical activity.”

The researchers conducted follow-up interviews with 21 of respondents to the questionnaire.

The results, published in the Women in Sport and Physical Activity Journal, found that the biggest influence on women’s physical activity levels was down to symptoms, such as bleeding, abdominal cramps and headaches.

Women who were classed as avoiders of exercise on days of their period reported longer and heavier periods and more days of fatigue and pain.

But, in addition to feeling physically unwell, many participants spoke of a heightened sense of self-consciousness and how they felt in their own skin – both in those who avoided exercise and those who maintained physical activity.

Some women described carefully selecting their clothes and feeling conscious about wearing certain items like shorts, and most participants reported feeling worried about being ‘found out’ by others that they were on their period.

They talked about an awkwardness around periods and discomfort in certain environments, such as the gym. One participant, who was classed as an avoider of exercise, said she knew a lot of people at the gym and was worried people would realise she wasn’t on ‘top form’ and didn’t want to have to explain why, so avoided the gym all together.

Another, who was classed as a non-avoider, said: “When I’m on the period I don’t want anyone to find out I’m not feeling hundred [sic] percent. Maybe I complain to a female co-worker or friend but I would never – even if I called in sick – I wouldn’t admit it’s period-related. I would say I am not well. I think the expectation to carry on as usual is always there.”

The women interviewed described the days of the period as limiting their ability to function as what they perceived ‘normal’ for themselves. But some women said they felt an expectation to carry on regardless of the way they felt.

Dr Kolić said: “This study suggests that menstrual events are complex, individual, and personal to the women experiencing them.

“This insight into the multifaceted effects that the menstrual cycle could have on women’s physical activity is pertinent to practitioners in the field. Creating safe spaces for women who wish to speak about how their physical comfort, personal thoughts, and social norms might affect physical activity is important.”

New funding to tackle loneliness and social isolation across Bury