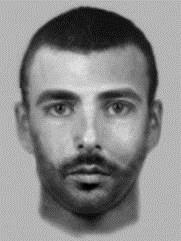 Police  have released an E-Fit of a person they want to speak to after a man’s throat was slashed in a road rage incident in Blackley. last weeend.

The 28-year-old man was a passenger in a car behind a blue Ford Fiesta travelling along Bury Old Road, Prestwich around 5.30pm on Sunday 9th July.

The Fiesta was described as driving erratically onto Sheepfoot Lane before stopping at the junction of Middleton Road, preventing the car behind from continuing.

The 28-year-old got out of the car behind to ask the driver in the Fiesta to allow them to pass.

As soon as he reached the Fiesta, a man got out of the car and slashed a knife across his neck before getting back into the car and driving along Middleton Road towards the M60.

The 28-year-old is now recovering at home after receiving treatment at hospital.

Officers have released an E-Fit of a man they want to speak to in connection with the incident who is described as white, aged around 30-years-old, of slim build and around 5ft 11in tall with number one length dark hair, long stubble/short beard and was wearing a light blue t-shirt and denim shorts.

Officers are also interested in speaking to a woman who is said to be with the man, described as white, around 32-years-old, of slim build and around 5ft 6in tall.

Detective Constable Rick Pack of GMP’s City of Manchester Team, said: “This is a frightening situation where a man immediately resorted to violence before fleeing the scene.

“Fortunately, the victim is recovering well and escaped any life threatening injuries but despite our enquiries, the offender is still outstanding.

“If you recognise the man in the E-Fit or the description provided, please get in touch with us as soon as you possibly can.”