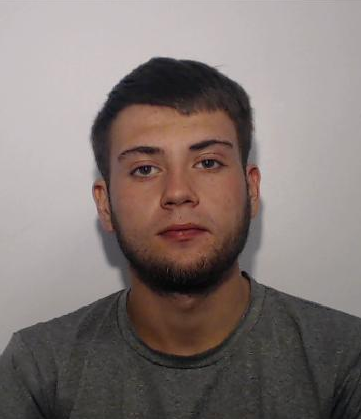 A 22 year old man has been jailed for over six years after raping a woman in July last year in Salford.

Daniel James of Nelson Drive, Cadishead pleaded guilty to having raped the woman – aged in her 50s – in the early hours of Saturday 6 July 2019 at his home after leaving his room, where he had been with friends, and going into the room she was sleeping in.

James raped her while she was asleep, before running off when the victim began to wake up and fight him off.

Understandably shaken, the victim left the address and went home and made a report to police later that day.

When officers later went to the address, James was in the garden with his friends and made off on foot as soon as he saw police.

James handed himself in the following day and was subsequently arrested and charged with rape. After pleading guilty to rape in October 2020, he has now been ordered to serve six years and three months in custody and made to sign the sex offenders’ register for life.

Detective Constable Leanne Jackson, of GMP’s Swinton CID, said: “Both the victim and I are pleased with today’s verdict passed by the judge, as it means Daniel James will spend a lengthy time behind bars for this depraved and predatory attack, for which he has shown no remorse.

“James preyed on a vulnerable woman while she was asleep and defenceless to stop him, as he carried out his abhorrent actions; now I hope the sentence he’s been given goes some way to ensuring he faces the consequences of that horrific night.

“I want to thank the victim for her stoic bravery during what has been an immensely difficult time between the attack and finally securing justice today. I hope that she is able to take some comfort from the closure of this case knowing James is locked up, and can safely lead the rest of her life.”