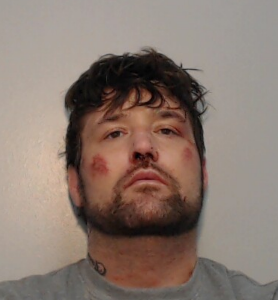 A former cage fighter has been jailed for 32 years for the murder of a woman in Wigan and the attempted murder of a member of the public who tried to intervene.

His victim 32-year-old Melissa Belshaw was with serious injuries after being stabbed multiple times by Wandsworth after he had spent days taking cocaine and drinking back in May this year.She was pronounced dead at the scene.

Senior Investigating Officer Duncan Thorpe, of GMP’s Major Incident Support Unit, said: “I would like to start by saying that our thoughts remain with Melissa’s loved ones – in particular her daughter who witnessed this incident. They are, understandably, devastated by what happened to Melissa. Specialist officers have supported them throughout our investigation and this prosecution. I hope today’s result provides them with a sense of justice.

“I would also like to commend the members of the public who tried to intervene. It takes incredible courage to put your own life at risk to save another’s.

“Wadsworth’s attacks on both Melissa and the man were extremely violent. Prison is the right place for him. I thank the investigation team and partner agencies, including the Crown Prosecution Service, for their hard work to ensure that Wadsworth was quickly arrested and has now faced justice. I hope during his time behind bars he spends a significant amount reflecting on his despicable actions.”

Melissa’s family said: “May 20th 2020 – the day our family lost a mum, daughter, sister, granddaughter, niece, cousin and friend. Nothing will ever be the same again. Life as we knew it changed the day that monster took Melissa from us – her life taken in a remorseless attack.

“The trial has been an extremely traumatic experience as we’ve had to sit through every detail of how Melissa was killed. The defence continually tried to destroy her memory and showed a total lack of sympathy or sensitivity towards the family and the loss we have suffered.

“Although our hearts are truly broken, the love and support we have had for Melissa gives us the strength to at least try and move forward.

“As a family, we welcome today’s outcome, however it doesn’t bring her back.

“We would like to thank the police and everyone involved for their help and support throughout this investigation, in bringing this case to court as well as getting the conviction and today’s sentence.

Jailed -The Fraudster who photographed himself with wads of cash.