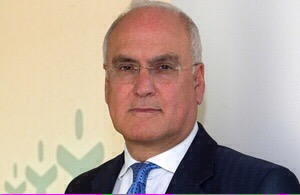 OFSTED has written to local authorities in Manchester, Salford, Oldham and Rochdale saying that falling educational standards are threatening the Northern Powerhouse.

Chris Russell, the watchdog’s regional director for the North West, says: “This level of performance presents not only a worrying picture for the employment prospects of young people in one of the United Kingdom’s major cities, it also presents a real risk to the economic and social stability of the area as a whole.”

Meanwhile Sir Michael Wilshaw Chief Inspector of the Office for Standards in Education, Children’s Services and Skills will tell an audience of teachers and political leaders later today that

“Manchester and Liverpool are at the core of our ambitions for a Northern Powerhouse,” and that “major northern cities that helped to build Britain are now failing to give many schoolchildren a decent education.’

Government plans to boost economic growth in the North – creating a so-called Northern Powerhouse – will “splutter and die” if more is not done to improve the performance of schools in the region, according to the Inspectorate.

Ofsted figures show that three in 10 Manchester secondaries, and four in 10 of those in Liverpool are rated as less than good and that the proportion of teenagers gaining at least five C grades at GCSE – including English and maths, has dropped in both places.

“Today, Manchester and Liverpool boast eight universities between them, two of which are among the top 200 in the world. They are beacons of higher educational excellence. But if these cities can provide a world-class education for youngsters at 18, why on earth are they failing to do so for too many at 11?”

The Education chief is calling for local politicians to take responsibility for their local schools and to challenge and support them to improve.

Mayor accused of putting politics over passengers by bus Companies