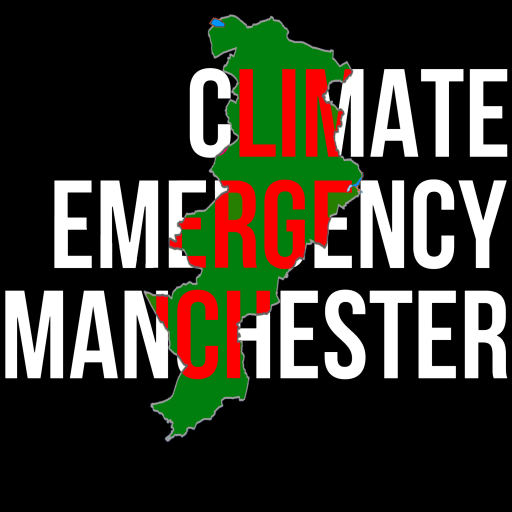 Manchester’s first Community Assembly on climate change calls for ambitious action from all levels of society.

This summer, over 60 residents from across the city came together over 6 weeks to learn about climate action at a city level from a panel of experts, debate, and vote on the actions for the city to create a “Citizens Mandate on Climate Action” for Manchester.

Workshops were held in 5 locations across the city, following a recruitment drive earlier in the summer, and will end the Citizen’s Mandate being presentation to the Council this week, before going to COP 26 in Glasgow in November.

Manchester’s first Community Assembly was inspired by the growing number of ‘Citizens Assemblies’ taking place across the UK and globally, a process where a group of randomly selected citizens comes together to deliberate upon a particular issue of local, national or international importance.

Residents took part in seven weeks’ worth of workshops to explore themes such as transport, fashion and retail, food and agriculture, buildings and energy, policy, and leadership to the emotional impact of the climate emergency.

The Assembly forms part of “In Our Nature” a city-wide programme aiming to unlock the potential of residents and communities to act on the climate emergency.

Together they created action plans for their areas, which explore what is most relevant and appropriate action for individuals and community groups to take. Each area then brought these together to see what could be achieved at a city-wide level.

Vitally, the residents identified what actions they are unable to take and need others to act now; including Manchester City Council, National Government, utility companies and businesses to make the infrastructure and policy changes needed for us to achieve the 50% carbon reduction targets and tackle the climate emergency.

These actions include pushes towards locally generated renewable energy with storage batteries for things like electric cars, a new climate friendly labelling scheme for our food, the pedestrianisation of Manchester City Centre, and a green jobs scheme to train local people to support the retrofit programme for our homes, plus many initiatives that encourage greener and more connected neighborhoods, where people are happier to walk or cycle and feel safe and supported to do so.

Finally, the Mandate, representing the call for action on climate change by Manchester residents, will be presented to Manchester City Council, local Councillors and other VIPs at a celebration event on the 23rd of September at the Friends Meeting House in Central Manchester.

In November the Mandate will be taken to the international COP26 Climate Change Conference in Glasgow in November, along with an Impact Assessment Report and a film capturing the process, where it will be presented to delegates and groups from across the world with the help of the COP26 Coalition.

Bob Walley from Envirolution said “the climate emergency is the biggest challenge humanity has ever faced. How are we to respond to something as unprecedented as this? This Community Assembly is a fantastic opportunity for Manchester residents to explore positive and pro-active responses to the climate crisis that are relevant and appropriate for the city. We stand at a crossroads, where we can choose to carry on business as usual and live with the terrifying consequences. Or find our place in the creation of a new society which is sustainable, conscious, connected and just. There is a role for everyone, and we can all do more. Climate change is happening whether we like it or not, but the more we do now, the more options for our children will have.”

Lisa Lingard from the Manchester Climate Change Agency said “I am incredibly proud to be part of Manchester’s first Community Assembly. It was great to see the amount of interest in the Community Assembly and we hope it acts as catalyst for ambitious and connected action across the city, whether this is by making lifestyle changes, action in their community, or telling local and national leaders to put climate action at the top of their agenda. This assembly aims to act as a catalyst for people to get involved in this growing movement of people and has identified places to start and groups to get involved with across Manchester, so that people can make positive changes in their lives and help others to do the same”.

Samuel, participant said “I joined to use my professional skills and experiences in a group that can bring actual change, but also learn from others on their thoughts, experiences and opinions so I get out of my own thought bubble. The Community Mandate process provides a platform for all sorts of people to air their thoughts. We’ve explored many topics together which has highlighted a range of opinions and thoughts. It’s been good to get subject matter experts to talk on topics so we can reduce speculation and learn the facts, resulting in targeted actions! There’s been good leadership as well, guiding thoughts but refocusing on actions”.

Councillor Tracey Rawlins, Executive Member for Environment said: “Manchester is fully committed to tackling climate change and we know that this issue will continue to be at the forefront of our agenda in the coming years. We all need to play our part and the input and insight of our communities is vital in helping shape our responses. The Community Assembly has provided residents with an opportunity to explore and demand action on climate change at every level and we welcome their ideas and enthusiasm on how we can work together to bring about real change over the next few years and how the city will get to net-zero as fast as possible.”

Four Greater Manchester charities have each received a £1,000 boost thanks to Ecclesiastical’s 12...

Manchester gets behind campaign to combat loneliness this Valentine’s Day