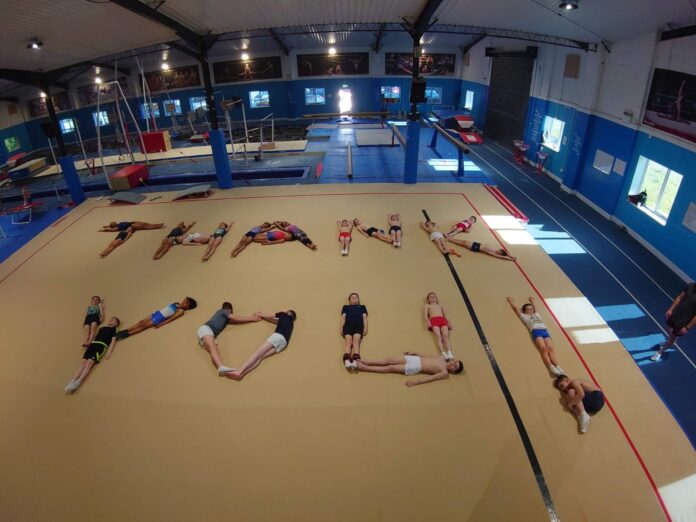 Manchester Academy of Gymnasts (MAG) has released an appeal for sponsors and donations from the community and local businesses or business people this week, as they have been left unable to pay their rent.

After a record month in October, the non-profit charity was on track to wholly recover from the first lockdown, but the second has left them at a serious risk of closure.

Ran by local couple Maxine and Mike Grech, the centre provides a place in one of the most deprived areas of the country for both the young and old to exercise, socialise and even bake, and is an integral part of Salford.

Maxine Grech, owner of MAG said: “It is close to our hearts because it is the young and the old that need a community and these kids absolutely love coming. It’s their social life, the parents love it, it has changed the children’s mental health as well as their strength. Some of our kids have learning difficulties, and the parents have said that we have changed their life completely and that makes it all worthwhile.

“If we can just engage with five or six kids that need our help and give them somewhere safe to go and where they feel wanted and loved and secure, it makes a massive difference.”

Mental health has been a huge topic this year, with the Prime Minister himself promoting fitness and exercise to combat mental health problems, something that this centre has been doing since 2017.

It was opened by Bronze Olympic Medalist Nile Wilson, and Mayor of Salford Paul Dennett, and has been attended by the British Gymnastics Men’s Head National Coach Paul Hall MBE, and soon to be Olympic Gymnast Giarnni Regini-Moran.

This entire project came from a genuine desire to help those in need, as Mrs Grech described her friend’s difficulty to find a gymnastics centre willing to take her child, because they had autism.

This elite centre was opened as a response to this, and to provide a place for people to do gymnastics with highly trained and competent coaches and to have fun.

The coaches that run the elite program are also impressive athletes themselves, as the majority of them also train and teach at Lilleshall, a key hub for Great Britain’s gymnasts, a few times a year.

Mrs Grech said: Maxine: “I have got an unbelievable team behind me, who are dedicated to the club and are passionate to deliver a really strong program for these kids.”

This request for sponsors and donations is a last resort for the Manchester Academy of Gymnasts, but they are determined to keep giving to their community of Salford in the way they know best; gymnastics.

The owners are also key to emphasise that local businesses in the Salford borough can direct their corporate social responsibility funding to the centre, as it is a non-profit charity. More information on this can be found at https://www.gov.uk/government/news/our-commitment-to-corporate-social-responsibility-csr.

More information on the work the centre does can be found on their website: http://manchesteracademyofgymnastics.com/

The crowdfunding page can be found here: https://www.crowdfunder.co.uk/help-save-our-gymnastics-academy

Manchester-based women’s charity has launched a new campaign to encourage women who have been...