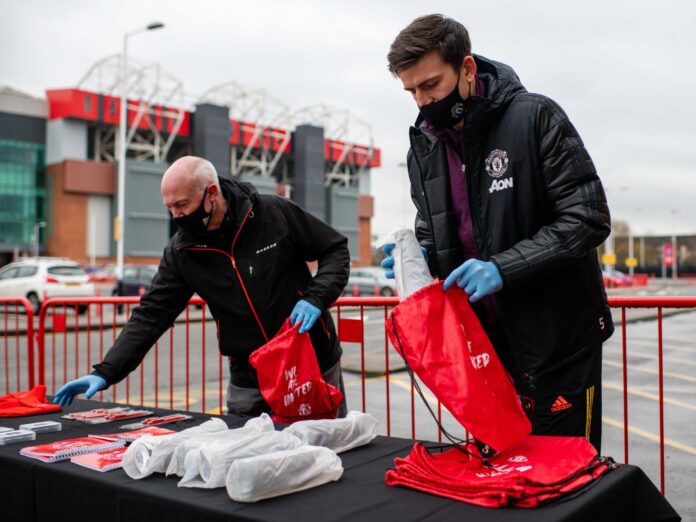 Seven thousand activity bags have been distributed by the Foundation to children across Greater Manchester, and in partnership with official Manchester United Supporters’ Clubs, to a range of children’s charities across the UK and overseas.

The packs, including a game, book, pencil case, notepad and hat, were designed to lift the spirits of children receiving them at a time when the COVID-19 pandemic is disrupting the lives of young people worldwide.

Charities supported by the initiative range from the Hope Kolkata Foundation, which supports homeless children on the streets of Kolkata, India, to the Children’s Cancer Centre in Lebanon.

Supporters’ Clubs in the UK and Ireland also participated, including the Nottingham branch, which nominated Ben’s Den, a charity supporting the families of children with leukaemia or cancer, and the Kells branch in Ireland, which chose Enable Ireland, a charity assisting disabled children.

Some of the gift bags were personally packed by Manchester United captain Harry Maguire, who joined Foundation staff preparing for the deliveries earlier this month. Harry and the rest of United’s first team squad donated £250,000 to the Santa’s Red Helpers campaign, with additional sums coming from club staff and fans.

The campaign is aimed at supporting young people across Greater Manchester and beyond this winter as the impact of the pandemic increases hardship for many families and communities. The Foundation has partnered with FareShare Greater Manchester, the food poverty charity, to produce 80,000 meals in the club’s Old Trafford kitchens to keep local children fed over the holidays.

John Shiels, Chief Executive of Manchester United Foundation, said: “Many children are exposed to the economic and social disruption caused by COVID-19, and the impact is being felt especially acutely during this festive season as the pandemic casts a cloud over what should be a joyful time of year.

“Our Santa’s Red Helpers campaign is dedicated to supporting young people on our doorstep and further afield, in keeping with Manchester United’s traditions as a football club with deep local roots and wide global appeal.

“We are delighted to be working with some of our most passionate fans around the world to spread cheer to vulnerable children in their local areas, building on the excellent partnership we have developed with Manchester United Supporters’ Clubs during the pandemic.

“We are also grateful to DHL for using their global network to shuttle the gifts to children in 13 countries on five continents.”

Manchester United Foundation has been working with official Manchester United Supporters’ Clubs since early in the pandemic to use the club’s global fan base as a platform to support vulnerable young people in local communities wherever fans are based.