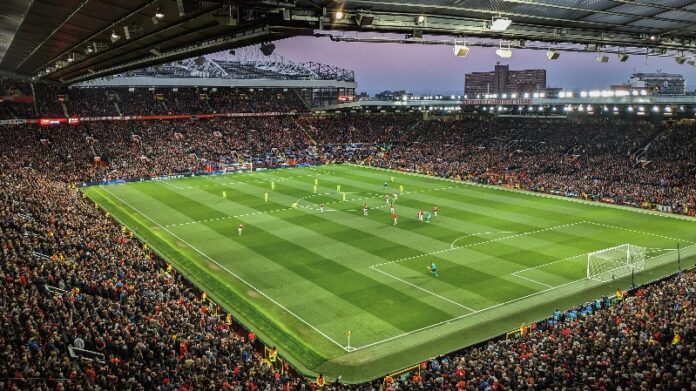 Fans of English Premier League football clubs are happy with the introduction of video assistant referees (VAR) but say that improvements needed to improve the matchday experience, new research says.

A study from Manchester Metropolitan University’s Institute of Sport has found that despite initial opposition to the implementation of VAR, many fans now accept it as part of the game but believe changes need to be made in its use by on-field referees and in the assessment of certain situations.

The technology was introduced in the English Premier League (EPL) ahead of the 2019/20 season. However, despite its potential benefits, VAR has been criticised by fans both for the way it has been used and its effect on the matchday experience.

Manchester Metropolitan’s research, published in the Journal of Risk and Financial Management, surveyed more than 1,300 supporters of EPL clubs between July and August 2020.

Tommy Hamsund, MSc graduate and lead author of the study at Manchester Met’s Institute of Sport, said: “Our research looks beyond the impact of VAR technology on the game itself and focuses on the fan experience.

“We found that all age groups were generally positive about VAR, but younger age groups were significantly more positive than their older counterparts. Our findings show the importance of fans’ opinions to any changes the EPL may make to VAR, with a need to develop frameworks for making changes with fans as stakeholders in mind.”

A major finding of the study recommends that big screens become compulsory for all EPL clubs. The only clubs who do not currently have a big screen are Manchester United and Liverpool; two of the most well-supported and successful in the league.

Hamsund added: “Although the participants in our study agreed that screens should be mandatory it is important to consider that some fans of Liverpool or Manchester United might not want to see their stadium undergo drastic changes.

“By contrast, other supporters of the same two teams may feel that their experience was worsened due to the lack of big screens during VAR reviews. It would certainly make sense for arguably the two biggest clubs in English football to do what they can to aid in-stadium fans in getting information during VAR checks.”

The study recommends that when developing the use of VAR, the EPL and football’s world governing body FIFA should consider that, even though fans feel VAR takes up too much time during games, the way that the technology is used is much more important to them.

Researchers say that while organisations such as FIFA and the EPL will rely on feedback from more than one group of stakeholders when developing VAR further, fans should be deemed as a major stakeholder as they pay for match tickets, merchandise and television subscriptions.