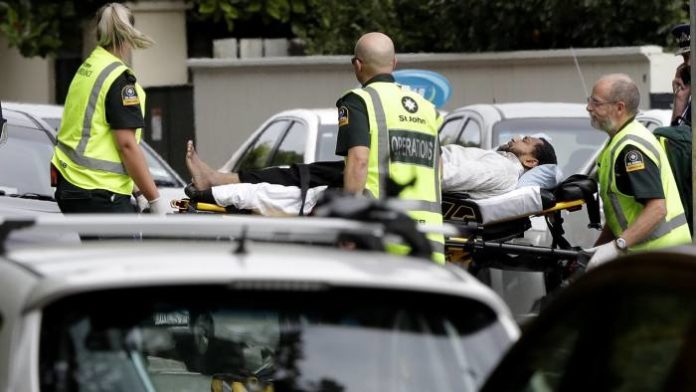 The leader of Manchester City Council has sent a message to the people of Christchurch, New Zealand, following the the mass shootings at two mosques there that killed forty nine people and injured at least forty,

Sir Richard Leese said: “Manchester stands in solidarity with Christchurch in shock and revulsion at the terror attack which has claimed so many lives.

“I had the honour of visiting Christchurch in the wake of the devastating earthquake there and found a strong and resilient city.

“Manchester knows all too well what it is like to deal with the aftermath of such an horrific attack and I’m sure that, as was the case here, communities will unite rather than giving in to the hatred which terrorists want to create.

“Christchurch was one of many places around the world which reached out to Manchester following the 22 May 2017 Manchester Arena attack to express solidarity and offer support. We are doing the same and will write to the Mayor of Christchurch on behalf of the people of this city.”

Assistant Chief Constable Russ Jackson from Greater Manchester Police, said: “The events which happened overnight in New Zealand are saddening and truly shocking, made worse, if it could be, by the targeting of a specific part of the community.

“It is hard to imagine the scene and how difficult it is for everyone in New Zealand. No doubt this tragedy will shake the people of New Zealand for many, many years.

“In Manchester we know all too well the effects of terrorism and the pain it causes for families and communities; and while this has happened on the other side of the world the hurt is shared here in Greater Manchester as well as across the UK.

“Given how shocking this is people will understandably be very upset and perhaps worried, especially amongst our Muslim communities, and we will be working hard to reassure them and communities of all faiths.

“We have nothing to suggest a threat locally but regardless of this we want to reassure people and so we will be increasing patrols in and around local mosques. We are also making direct contact with trustees and representatives of mosques to explain what we are doing.

“If you have any concerns or questions please approach one of our officers and tell them.”

Watch your speed Princess Parkway set for 30mph from today

New bus station for Wigan given the go ahead