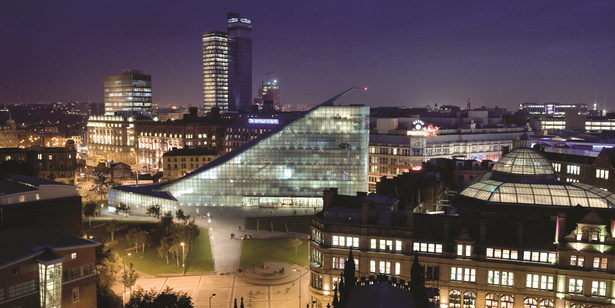 New YouGov research reveals that from a list of the UK’s ten most populated cities aside from London, Manchester is the public’s top choice to be the UK’s second capital.

Manchester was chosen by 30 per cent of the 1494 respondents as the city to rival London, well ahead of Birmingham at 20 per cent.

Edinburgh, the third favourite on 12 per cent , is preferred by Scottish people to Glasgow (42% and 27% respectively). Londoners favour Manchester to a greater degree than average, with 33 per cent choosing it compared to 18 per cent for Birmingham.

Previous You Gov polls have  found the Manchester accent to be the third most unattractive to British people, however Birmingham again fared worse, with ‘Brummie’ considered the least attractive accent in the British Isles.

The trend was the same when YouGov polled on the safety of British cities – Manchester came in 7th place and Birmingham in 10th, only one place ahead of Bradford, seen as the most dangerous British city.

All change at Victoria Metrostation