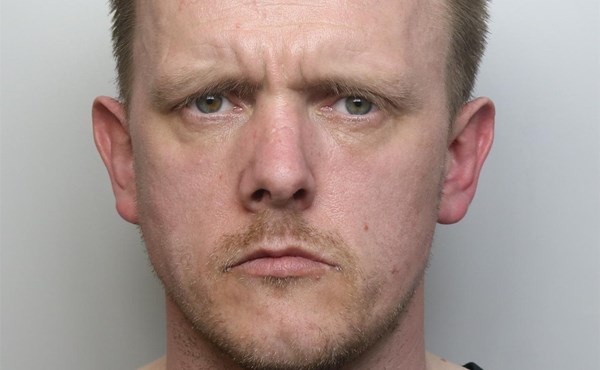 A man who snatched a handbag off an elderly woman in Handforth has been sentenced to four and a half years in prison.

Glenn Williams, 36, from Manchester pleaded guilty to the robbery that occurred at a car park in Handforth and was sentenced at Chester Crown Court last week.

The 75-year-old woman was robbed as she walked across a car park.

Williams approached her on his bike and snatched her bag from behind. It contained her mobile phone, purse and a sentimental photograph.

The Wilmslow Beat Team officer in the case painstakingly reviewed both local authority CCTV and private CCTV, and although the offence was not captured, the footage showed a masked man on a bike in the area before and after the incident.

Believing him to be the offender, the officer eventually found a still image of him not wearing the mask some distance away from the scene. The officer also found a still of him with the victim’s bag on his handlebars.

Another local beat officer subsequently identified Williams as the offender from the stills. Officers from Wilmslow Beat Team then arrested Williams in Manchester and on searching his address, they found the bike that he had been riding during the robbery. They also found in a bin some of the clothes he was wearing that day.

“After a six-month investigation, the strength of the evidence that had been gathered against Williams led to him pleading guilty to the robbery.

“I hope this reassures residents that we will relentlessly pursue those who commit crime and put them before the courts. I also hope this goes as a warning to those intent on committing crime that Cheshire officers are dedicated to their roles in protecting the public and are determined to stop you in your tracks.”