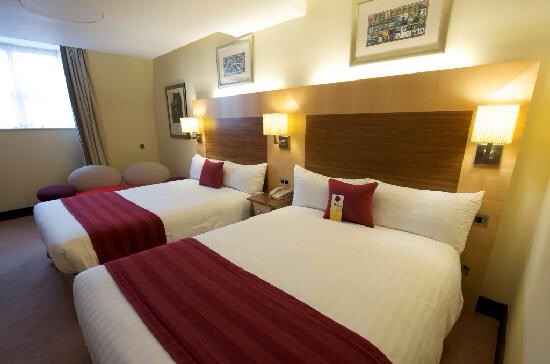 Manchester’s city centre hotel industry is in strong health according to figures released by Marketing Manchester.

Occupancy rates for the first eight months of the year show that the city is now outperforming those levels reached in 2006 and 2007.

The city centre had an average occupancy rate of 76 per cent, a figure previously unmatched at this point in the year since records began.

The achievement comes at a time when the city centre is preparing for an additional 2,100 rooms in the immediate pipeline , extending to 2,700 in Greater Manchester – with new developments from at least six operators who are investing in the conurbation for the first time.

Andrew Stokes, chief executive at Marketing Manchester, said: “We are thrilled with the latest hotel occupancy data which indicates a significant achievement for our hotel and tourism industry. Current demand means that we are now exceeding the rates experienced in pre-recession years, but we are also in the cusp of a dramatic increase in supply to meet this.

“The challenge will now be to make the most of this opportunity for further growth and to sustain occupancy figures as room numbers increase. A number of hotel operators that are brand new to Greater Manchester have shown their confidence in the industry by investing here and we will work with them and existing hotels to help continue the occupancy trajectory.”

Three more years of disruption but jobs,homes and business will benefit as Manchester launches...