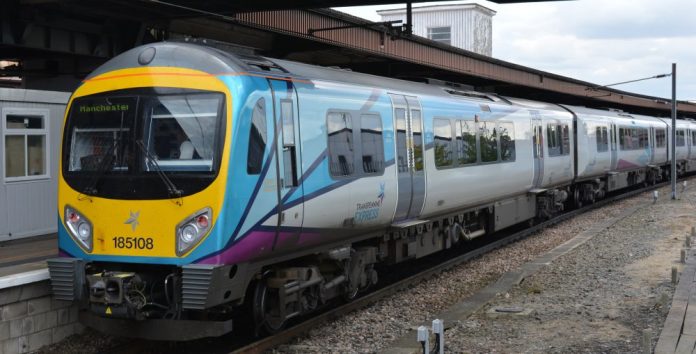 Almost 170,000 commuters are being forced to stand on peak time trains in the UK’s biggest cities with a service from Manchester one of the worst in the country outside of the London and the South East

Figures from the Department for Transport show that 169,207 people a day could not get a seat into 14 cities in England and Wales during the morning peak last year.

The busiest train outside London was the 4pm Manchester airport to Edinburgh service operated by Transpennine Express. It reached peak capacity 20 minutes after leaving the airport, carrying 354 people in a space for 191,a load factor of 186 per cent.

Trains serving London had on average 5.4% more passengers than their official capacity, followed by Cambridge at 4.8% and Manchester at 4.3% were the third worst in the survey.

A Glasgow to Manchester service that topped the list had more passengers standing up than sitting down during the morning commute.It had the highest ‘load factor’ of 211 per cent.

“Hundreds of passengers have already told us about their nightmare experiences with dangerous overcrowding and these latest figures are just the tip of the iceberg. It’s unacceptable that after fighting to get on a train, passengers are then having to stand in cattle-like conditions.

“Overcrowding is made worse when there are excessive delays and cancellations or if train companies are simply not putting on enough carriages during the busiest periods.

“It’s time to see a rail industry which works for passengers and not just train companies. The Government must take urgent action to ensure that passengers are compensated automatically.”

“Under the Tories, rail fares have risen three times faster than average wages, and all the while severe disruptions have blighted the network with trains often delayed or cancelled. So it’s no surprise that passengers are sick of paying extortionate fares to endure overcrowded services, crammed into carriages that are well over capacity.

“With passengers being put off and priced out of the railway there is a serious threat to its sustainability. The Tory franchising model is based on ever-increasing passenger numbers, so today’s fall in growth will hit train company revenues and will lead to further taxpayer bailouts of the private sector.

“The government’s blind obsession with privatisation is putting the future of the railway at risk. The next Labour government will do what’s best for passengers and taxpayers by taking the railway back into public ownership in order to improve services and cap fares.”

Live like a goat with some help from Salford prosthetics expert