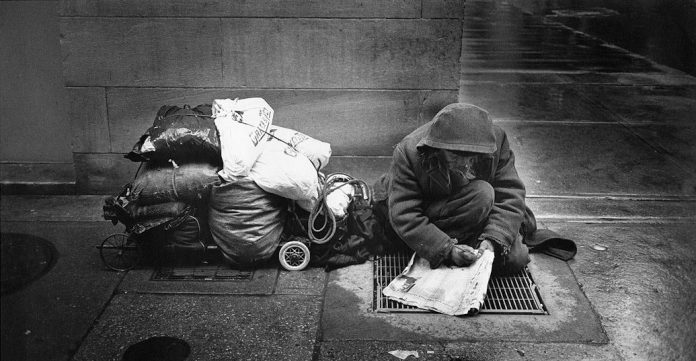 Figures released by the Office of National Statistics have put the City top of the list when it comes to the amount of homeless people.

21 homeless people died in the city in 2017, the first year in which the figures have been published with nationwide figures showing that the most deprived areas had about nine times more deaths of homeless people relative to their population than the least disadvantaged areas.

18 people died in Liverpool, 19 in Birmingham, although the London wide figures which take in 33 local authorities showed 136 deaths with 17 in Lambeth and 15 in Camden.

The figures are all estimated deaths,the highest estimated rates of deaths of homeless people, relative to the total population was Blackburn with Darwen.

There were 597 deaths in England and Wales in 2017.Deaths of homeless people were identified from the death registration records held by the Office for National Statistics and a statistical method called capture-recapture modelling was applied to estimate the most likely number of additional registrations not identified as homeless people.

The Liberal Democrat opposition on Manchester Council have said that it is no surprise that more homeless people died in Manchester than anywhere else in England and Wales, because the local authority “simply doesn’t care” in what has been described as a “truly embarrassing day” for the city.

Manchester Lib Dem Leader John Leech slammed the Labour-run council for having a consistent history of turning its back on society’s most vulnerable and criticised the council’s approved spending of a grand total of £1.2m on updating the city centre’s fountains – enough to house every single person sleeping rough in the city for an entire year, along with a hot meal, warm shower and access to a support worker.

Half a million more children in poverty in private rented homes than ten years...