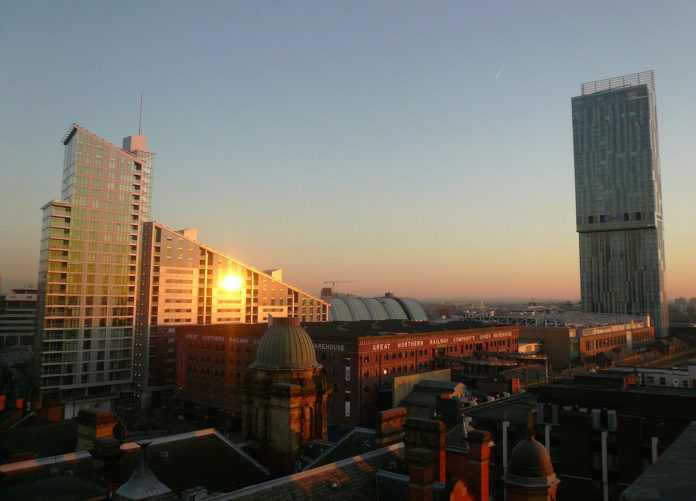 Will we or won’t we be leaving the EU on the 31st of October and will we leave with or without a deal?

At the moment that question is unanswerable but a recent report to Manchester City Council would suggest that Manchester is in a strong position to weather any oncoming storm.

A report to the council’s Economic Scrutiny Committee last week acknowledged that the likely impact of Brexit on Manchester’s economy are still unknown but attempted to highlight evidence of any impact on the local economy since the EU Referendum in 2016 and what the potential impacts for Manchester could be.

We are in a strong position.The The city’s economic performance continues to exceed both regional and national averages. A new and diversified employment market is emerging in a number of important sectors. There are currently .425,000 jobs in Manchester,
forecast to grow by an additional 67,600 by 2038.

The city centre office market has benefitted from an additional .435,000m2 of
new Grade A space over the last two years and a further 480,000m2 is under
construction or planned while over 1,000,000m2 of commercial space is expected to
complete over the next three years .

Last year was a “record breaking year” for Manchester office take-up, with deals totalling over 160,000m2 agreed and despite Brexit uncertainty, demand is strong, with recent
estimates suggesting that further new Grade A supply is urgently required,with only approximately 6 months take-up available.

The city’s food and beverage market continues to flourish, says the report, with a growing evening and lunchtime economy and a new business base in the increasingly flexible digital, tech and media sectors.

We also shine in the the knowledge economy,mainly located in the Oxford Road Corridor – which currently accounts for 20% of the city’s economic output.Here though vital research links with the EU could be compromised by Brexit.

European Research Council (ERC) and Marie Skłodowska-Curie Actions schemes fund vital scientific research and will be worth an estimated €1.3 billion to the UK between 2019 and 2021.

The UK is currently the most successful country in hosting ERC grantees (ahead of Germany) but would immediately become ineligible in the event of a no deal Brexit. At the
University of Manchester, key research programmes are at risk of being disrupted include work life sciences and advanced materials.

In employment there are signs that the Brexit uncertainly is having an effect.Several of Manchester’s sectors currently rely heavily on the employment of skilled EU nationals. If there is a decrease in EU nationals working in the city,certian sectors could face challenges, impacting on Manchester’s growth ambitions including hospitality, higher education, the public sector and construction.

The devaluation of the pound has in some ways had a positive effect.Manchester’s visitor economy has performed well over recent years, with the total number of international visits to Manchester increasing by 42% over the period 2013 – 2018, compared to the UK growth rate of 16% nationally.

All foreign visitors have benefited from the exchange rate while the devaluation of the pound following the EU Referendum has led to an increase in development finance from overseas .

However the weak pound has also built up cost pressures.Manchester’s market is increasingly pressured in relation to build costs and competition for construction employees. More developers are having to import materials and the ultra-competitive situation is allowing construction workers the freedom to move between sites on the promise of higher wages,with the direct implication of significantly increases labour costs. Overall, it is estimated that build costs have risen by 15% over the last two years alone.

Against this backdrop, Brexit poses a significant risk to Manchester’s objectives in relation to residential growth. Greater devaluation of the British Pound would increase material costs further and a reduction of skilled labour from the EU will increase the construction skills shortage.

The Greater Manchester Chamber of Commerce say the following:

“From an economic perspective we’ve identified, from the results of our last 3 quarterly economic surveys, that in the lead up to a major decision or date linked to Brexit the economy, overall, does enter a slow growth phase. This was most in evidence earlier in the year  before the original Brexit date of 29th March when, literally in the weeks before, businesses hit the pause button right across the board – this saw the Greater Manchester Index ( an indicator of the GM overall economic strength)  fall from a previous high of 33 to 19.

Obviously we now know we didn’t leave in March, businesses quickly responded, the taps were opened again and in Q2 we saw the Index rise back up to 26. We are in the middle of the latest survey and obviously will be watching what happens as we try and make sense of the latest Brexit deadline date at the end of October.

In general businesses are still wanting guidance and help as to what they should be doing to prepare for Brexit. The accuracy and availability of information is scarce and this is frustrating as we are doing the best we can to point people in the right direction to make sure any economic impacts are minimised.

We have some businesses, especially exporters, trading well at present on the back of the weak pound, however if they are exporting to the EU this may be affected subject to any new customs regulations coming in. Any sector reliant on EU labour is beginning to brace itself against what may happen, but again without any real detail or even confirmation that we will leave on 31st October come what may, it is nearly impossible to plan ahead and it is this that is having most impact – the sense of hesitation and unwillingness to commit to major decisions.”

Overall the GM economy is still growing, confidence is still there with many businesses we speak to, but clarity and certainty on Brexit one way or the other would be extremely useful.