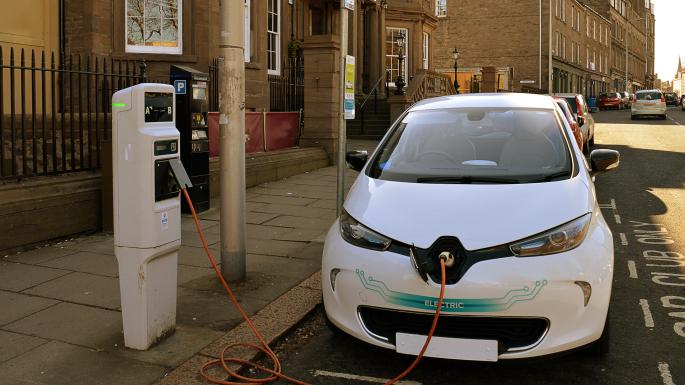 British motorists are not getting the same encouragement to dump their petrol and diesel cars for electric vehicles as the rest of Europe.

Research by independent car buying site carwow has revealed the gap in grants and incentives being given to bolster take-up of EVs in different countries across the continent.

The bad news is that Britain is stalling – or even in reverse – compared to Europe’s leading nations after the government cut the plug in grant in the Halloween budget from £4,500 to £3,500.

In France, grants of £8,700 are enjoyed towards the purchase of electric and hybrid vehicles; in Sweden it’s £5,000; in Germany £4,400, while in Norway and the Netherlands there is no VAT on purchases. In Italy, there’s no tax payable for the first five years, then a 75 per cent reduction thereafter.

As part of the government’s green air plan it was announced last year that all new petrol and diesel cars and vans would be banned from 2040.

However, the UK is playing catch up when it comes to the infrastructure required to support a boom in EV ownership.

When it comes to installing charging points at home, the UK matches the Norwegian government by paying half of the costs.

There’s a marked difference too in the number of charging points being installed across the continent.

Research conducted by independent car buying site carwow revealed that a lack of charging points is the biggest worry among motorists in Manchester (72 per cent).

Asked what their biggest fears are about a lack of charging points, drivers in Manchester revealed that it is being unable to complete essential journeys (42 per cent), running out of power and being stranded (68 per cent) and facing long queues at charging points (45 per cent).

In Norway drivers of low emission vehicles don’t pay road tolls, can drive in bus lanes and get half price ferry travel.

“On the one hand we know that new petrol and diesel vehicles will be banned soon to cut air pollution, yet the incentives to go green are being slashed. It makes no sense whatsoever.

“We’re either serious about meeting the 2040 deadline or we’re not. Currently, it looks like we’re not.”

According to figures released by the Society of Motor Manufacturers and Traders, sales of electric vehicles reached a record high in August and accounted for one in every 12 new cars purchased in the UK.

Plug-in hybrid and pure electric cars made up eight per cent of the overall market, up by almost a quarter on 2017.