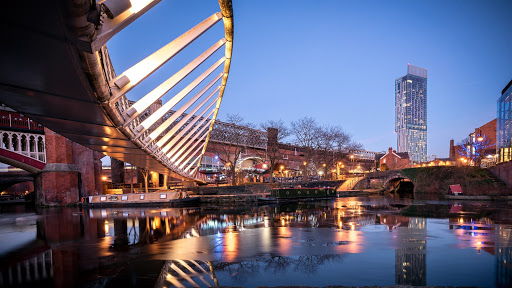 Manchester has written an open letter to Culture Secretary Oliver Dowden and Chancellor of the Exchequer Rishi Sunak asking for an immediate life-line of £71.8m to help the city repair, restart, and rethink cultural life as the sector emerges from lockdown.

The figure has been calculated following close discussions by city leaders over the last few months with cultural organisations large and small in Manchester, to develop an organisational stabilisation plan, alongside a future-looking stimulus plan for the city.

It represents the amount needed over the next two years both to kick-start a return to ‘normal’ business for some organisations, and for others the sums needed to help create and innovate a new kind of normal for the future.

Whilst the announcement at the weekend of a £1.5bn rescue package for culture and the arts was welcomed, city leaders want to ensure that – as the second most visited city in England after London – Manchester gets the amount of funding it needs to secure, maintain, grow, and protect its cultural offer.

The letter to the culture secretary and chancellor of the exchequer from Councillor Luthfur Rahman, makes it clear that it is a longer-term injection of cash, over the next two years, that is going to be needed by organisations in Manchester. Without this two year commitment to help them remain solvent, they may not be in a position to recover, and to emerge from the pandemic with successful cultural programmes that will be able to support the wider economic recovery of the city.

The part played by culture in helping drive the economic recovery of the city is seen as vital.  Culture brings people into the city, provides jobs and  employment opportunities both within the sector itself and the wider hospitality industry, as well as improving mental health and well-being.

Councillor Luthfur Rahman, Executive Member for Culture, Leisure and Skills, Manchester City Council, said:  “It will not be enough simply to keep cultural organisations from bankruptcy – that will do nothing to future-proof either the sector itself, or the wider local economy and whole livelihoods, that depend on a thriving cultural scene.

“What we need is a major place-based two-year package, to re-start the cultural economy that we all know is the very life-blood of this city.  A package, that will in turn enable culture to play a much-needed and vital central role in rebuilding the wider citywide economy.

“Culture is no under-study or bit-part player here in Manchester.  It has always been a leading light, the real deal for us, and an intrinsic part of the city’s success.   We need culture – and we now need urgent reassurances that the necessary cash is coming, so that we can have it back again, centre-stage in the spotlight.  Sooner rather than later.”

76 year old dies a day after being hit by car crossing the road...