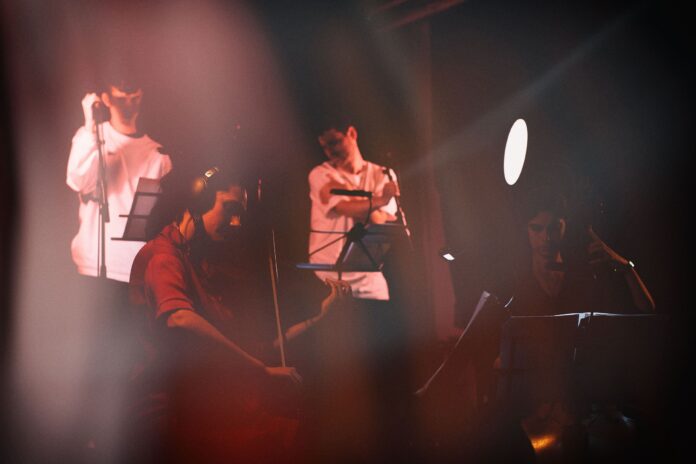 Manchester Collective have announced further details of their boundary-pushing collaboration with South African cellist, composer and singer Abel Selaocoe as part of The Oracle which tours to eight cities from 31 March to 24 April 2022, including at London’s Southbank Centre and the Collective’s first ever performance at The Bridgewater Hall in their home city of Manchester.

In an evolution of their hugely popular Sirocco collaboration and backed by the beat of African percussion, in this brand-new show for string orchestra Abel is joined by the Collective to present a musical journey that spans continents and generations, past and future. Featuring stories and original compositions by Abel (commissioned by Manchester Collective in partnership with the Royal Philharmonic Society) alongside masterpieces by Jean-Philippe Rameau, Igor Stravinsky and Mica Levi, The Oracle is a show about connection and music at its most joyful and life-affirming.

Featuring six world premieres, the Collective’s 21/22 season also continues this spring with three other shows that promise to take audiences on sonic journeys which take inspiration from different times, diverse cultures and hugely varied sounds. A Little Requiem (11 & 12 February) will feature music by composers Ferruccio Busoni and Henryk Górecki, whilst a new work by Emmy-nominated and RTS-winning composer Hannah Peel will be at the centre of Neon (14 – 22 May) – a new show for strings, percussion and electronics, which interrogates the darker side of the American dream and also features a world premiere of a new piece for the Collective by Berlin-based artist Lyra Pramuk.

Manchester Collective will continue taking their intimate and intense musical experiences outside the concert hall, with shows in underground music venues in Salford, Birkenhead and Bristol. Neon will also be presented in the unique setting of Where The Light Gets In restaurant for an intimate performance involving music, drink and food on 22 May. The event is part of the Collective’s evolving partnership with chef Sam Buckley, the Great British Menu star behind Stockport’s acclaimed green-Michelin starred restaurant.

Manchester Collective’s musical partnership with soprano Ruby Hughes continues in This Savage Parade (16 – 24 June) with the world premiere of a new song cycle set to the words of British poet Alice Oswald. Written by long-standing Collective collaborator, Edmund Finnis, it will be performed alongside music by Barbara Strozzi and Benjamin Britten. The music of Edmund Finnis is also explored in a new Manchester Collective LP called Shades, which will be released on the Bedroom Community label in March 2022. Featuring the British composer’s first and second string quartets – the latter commissioned and premiered by the Collective – the LP will be released alongside two live performances in Manchester and Farsley on 3 & 4 March. The programme, Shades of Light, is curated by Finnis and features music by Igor Stravinsky and Philip Glass.

Marking the Collective’s first ever low stimulus performance and as part of the Wigmore Hall’s Imagine Series, Manchester Collective will present Mirror and Glass (12 March). Featuring violinist Rakhi Singh and pianist Eliza McCarthy performing music by Arvo Pärt, Caroline Shaw, and Frédéric Chopin, the programme has been designed for young people aged 16 plus who prefer a quieter and more informal environment. The music will not contain any sudden or loud moments and lighting will be kept low, with the performance taking place in the daytime to benefit from the natural light from the ceiling window.

Tickets for The Bridgewater Hall and Wigmore Hall concerts – as well as further shows at underground music venues in Bristol, Salford and Birkenhead – are now on sale via the Manchester Collective website at manchestercollective.co.uk.

Two homes built in a day at Manchester Central