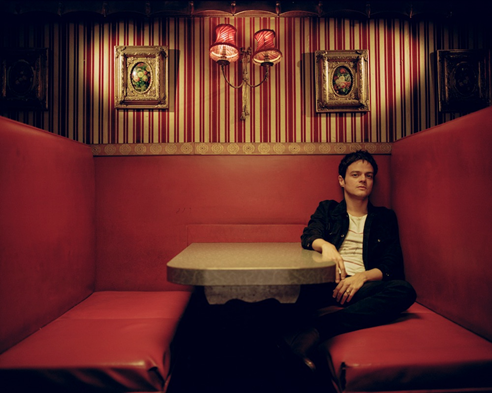 After recently announcing the release of his new album, ‘Taller’ (out 7th June, via Island Records), critically acclaimed musician and songwriter Jamie Cullum today announces he will be taking to the stage for a 2020 tour. Beginning in Dublin on the 9th March, the 12-date tour will see Jamie perform live at venues across the UK including a night at the iconic London Palladium. His dynamic live performances have always captured the attention of the audience through Jamie’s undeniable energy, boundless talent and stage presence.

Jamie says – ’It’s going to be so fun playing this new music out on tour with my incredible band. We’re going to draw on these new songs and reinvent plenty of old ones too. The Taller 2020 tour is going to be a memorable one!”

Fans who pre-order the new album between 31st May – 4th June will receive an exclusive code giving them access to the tour pre-sale, before tickets go on general sale 7th June.

The new album ‘Taller’ sees Jamie bravely explore more personal subject matter with a fresh sense of authenticity, each song reflecting a desire to grow and learn and explore life for the beautiful muddle it is.

Title track ‘Taller’ lyrically shows an emotional honesty which is explored throughout the album. Of title track ‘Taller’, Jamie says, “Historically there has been jokes about my physical stature and being married to a taller woman – so I wanted to own it. Using this as a jumping off point it became a song about the need to grow within your relationship and meet each other eye to eye, allowing room for both darkness and light.”

Other tracks on the album have prominent funk, pop and gospel influences such as ‘Usher’, ‘Drink’ and the powerful ‘Mankind,’ whose lyrics are a soulful collective call for an alienated society. What’s obvious throughout the album is that Jamie is not seeking approval, but writing music which feels true to him, letting his feelings dictate the creative process.

Jamie says, ‘’This album is really a love letter to my wife. It’s an album of my songs that takes stock of where I am right now. They were my working notes for life. My ‘Fortysomething’ if you will. I wanted to put aside whether it was a jazz record, whether it was ticking this or that box. The songs would be king and they would be honest. I feel more proud of this than anything I’ve done’’

With 10 million album sales to date and his successful BBC Radio 2 Radio show, Jamie Cullum is a celebrated musician the world over with loyal fans in every corner of the globe. With a career spanning over 20 years, his legendary live shows have seen him perform and work alongside artists as diverse as Herbie Hancock , Pharrell Williams, Kendrick Lamar and Lang Lang, whilst the success of his major label breakthrough, ‘Twentysomething’ and its follow up ‘Catching Tales’ saw him nominated for a BRIT, Grammy and numerous other awards around the world.