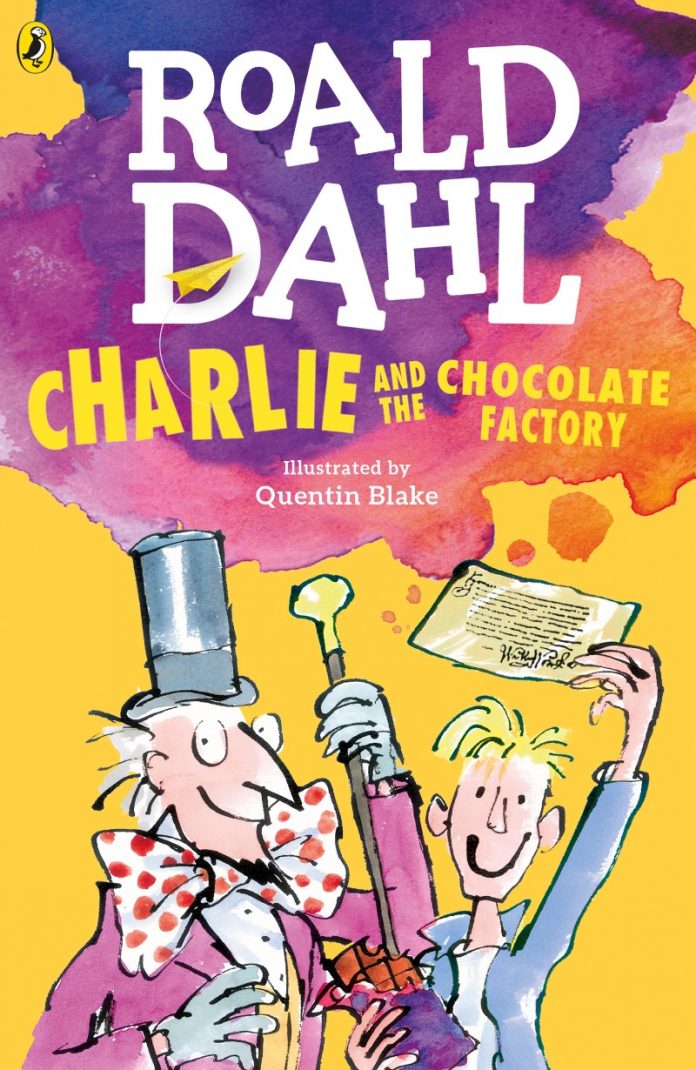 Six favourite Roald Dahl child heroes are poised to appear, in stunning locations across the UK, in the form of unique LEGO® brick builds to mark Roald Dahl Day – the global celebration of the world’s number one storyteller. Roald Dahl Day happens annually, on and around 13 September, the author’s birthday.

The LEGO® build of Charlie will be officially unveiled on Roald Dahl Day itself – Wednesday 13 September. He is composed of 8,960 bricks and took 53 hours to construct.  Charlie will remain at Manchester Central Library for two months and visitors are encouraged to share their pictures using #LegoCharlie, #RoaldDahlDay and #ReadMCR on Twitter, Facebook or Instagram.

Local families who attended the family fun day at Central Library on Sunday 10 September were the first to catch a special sneak preview of Charlie before the official unveiling.

As part of the Roald Dahl Day celebrations, 20 pupils who decorated a BookBench inspired by Charlie and the Chocolate Factory will receive a personalised copy of My Golden Ticket, which has been created by publisher Wonderbly in collaboration with the Roald Dahl Literary Estate. The children from Oswald Road Primary School will become the hero of their very own chocolate factory adventure, with copies presented to some of them at the library.

Charlie and his fellow LEGO® Roald Dahl heroes are sure to be a highlight of Roald Dahl Day 2017, which this year shines the spotlight onto the iconic child heroes created by Roald Dahl. The young heroes of his stories are distinct individuals but they are united by a spirit of healthy rebellion and resilience. Roald Dahl was, throughout his career, a champion for children.

The six Roald Dahl character brick builds have been created by Duncan Titmarsh – the UK’s only certified LEGO® professional builder – and his team at the Bright Bricks workshop in Bordon, Hampshire.

“We’re very much looking forward to having Charlie Bucket here in Manchester Central Library.  Charlie and the Chocolate Factory is one of the most popular children’s books ever, and children will be pleased to know they don’t need a golden ticket to come along to the library to see him for themselves.  I’ve already had a sneak peek and he looks amazing.  Come along, have a look, borrow a copy of the book if you haven’t read it yet, or grab yourself another good read whilst you’re here if you have.”

“After the success of the Read Manchester BookBench trail this summer, we so pleased to build on the buzz around reading cross the city by giving families the chance to enjoy this unique Charlie LEGO® brick build in Manchester. Roald Dahl’s brilliant stories have inspired children to enjoy reading for decades and for many Charlie and the Chocolate Factory is the most iconic of them all.”

“We are so thrilled that Charlie will be making his way to Manchester Central Library. It’s the perfect location for him, especially with the inspiring activity around the Read Manchester campaign, and a brilliant way to celebrate CHARLIE and all Roald Dahl’s amazing child heroes this Roald Dahl Day.”

The Snowman art trail comes to MediaCity this Christmas