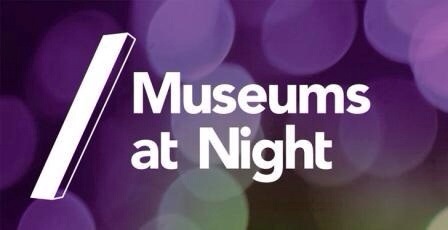 This Thursday evening sees the Museums at Night initiative taking place across many locations in the region.

It is all part of an annual UK wide festival which seeks to encourage visitors into museums, galleries and heritage sites by throwing their doors open after hours and putting on special evening events, and it ties in with the European campaign, La Nuit Des Musées, which takes place on Saturday 17th May 2014.

Here are some of the events that are taking place across Manchester.

At the Museum of Science and Industry in Castlefield, events kick off at with the #HookedOnMusic interactive quiz. The aim of the game is to have fun in the name of research and help unlock the secret science of songs.

Grab a pair of headsets for the #HookedOnMusic Silent Disco. Use the atmospheric surroundings of the Museum’s Revolution Manchester gallery space and dance the night away on your very own personal dance floor.

The People’s History Museum in SpinningFields meanwhile has a history What If Night as hypothetical guides ask What would have happened if the Cato Street Conspirators had succeeded in their plot? What if the Chartist petition had been successful? What if the suffragettes had failed to get votes for women? What if Thatcher had lost the 1979 election?

Over at the Working Class Movement Library you can experience the amazing acoustic of the library, as songs of struggle echo through the building. Paul Robeson, African-American bass singer, actor and civil rights activist, sang in Manchester’s Free Trade Hall in 1938 and also addressed political meetings in the city.

At Manchester Art Gallery on Mosley Street we are promised a combination of music promoters Now Wave and Sounds from the Other City, with ice-cream artisans Ginger’s Comfort Emporium, who together lead a sensory response to Time Machine, the mind-blowing exhibition of works by Joana Vasconcelos. Featuring East India Youth and the ethereal and minimal pop music of White Hinterland, the solo project of Casey Dieniel.

The Portico Library, also on Mosley St, has an evening of Bad Language, a literary collective from Manchester set up to promote new writers, whilst at the newly opened Central Library, the reading room will resound to the sounds of Manchester-based trio the Montgolfier brothers who recorded their first album, Seventeen Stars, back in 1998.