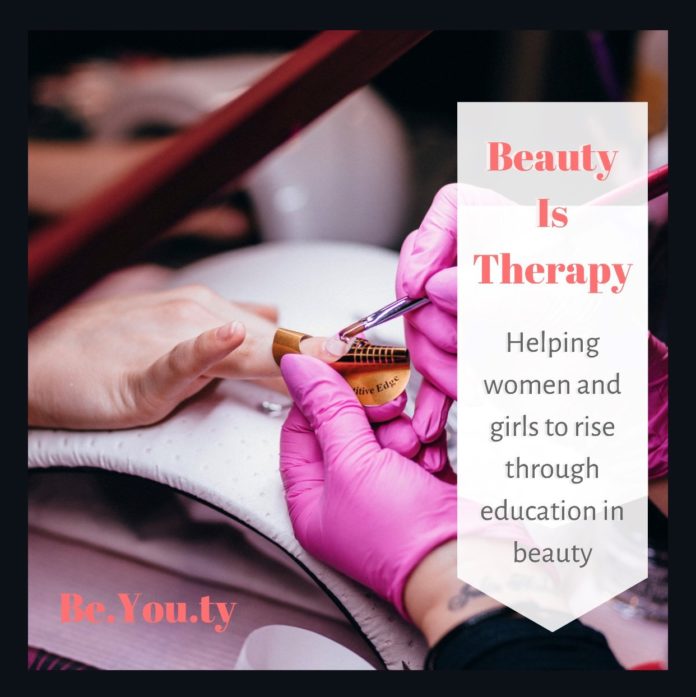 A Manchester-based charity has launched a campaign to encourage women who have been victims of domestic abuse to set up their own business.

Elle For Elle, recently praised in Westminster for its work with women in refuges, wants to raise funds to send vulnerable women on beauty training courses so they can get themselves into the work force.

The charity, renowned and praised for its work to give female domestic abuse victims their dignity back by providing cosmetics while they stay in refuges, will now also be focusing on helping as many of them to set up their own business.

Elle For Elle co-founder Rachel O’Hare said: “It costs as little as £200 for a person to do the course and get insurance to start working in their chosen skill.

“They can go straight into a salon, set up their own mobile business or go into further education with this kick start. It’s also great for self-esteem, and a positive focus.”

According to the charity, one hundred per cent of women in refuges across the UK are in debt once they walk through the refuge door, through no fault of their own.

Co-founder Lynette Page-Collin said: “We believe that our Be.You.ty campaign is a positive step to help get them out of debt and into a home with a secure future for their families. It’s crucial to our work going forwards.

“We’d like to appeal to anyone who can help to donate towards the campaign to get in touch – it’s hugely important we get this initiative started without delay.

“Beauty is therapy – helping women and girls to rise through education in beauty.”

Elle For Elle was launched by Rachel and Lynette in December 2017 when they both decided to gather their beauty products and give them to women in need.

The Brand New Heavies are to perform at the Elle For Elle Annual Ball in Manchester in September to raise money for the region’s most vulnerable women.

The acid jazz and funk legends will play a specially chosen selection of their chart hits at women’s charity Elle for Elle’s annual ball, slated for September 13 at Emirates Old Trafford.

The ball will this year adopt a ‘Midnight at the Oasis’ theme, looking to bring Moroccan glamour to Manchester.

Elle for Elle’s annual ball will indulge the senses in an authentic night of Moroccan festivity – inspired by the souks of Marrakech and including a tantalising three course Moroccan food feast plus a night packed full of entertainment.

With the special performance from The Brand New Heavies, a star raffle and a prize of a lifetime auction all taking place on the evening, the night is set to be spectacular.

New CrossFit launches at Salford Quays for the New Year