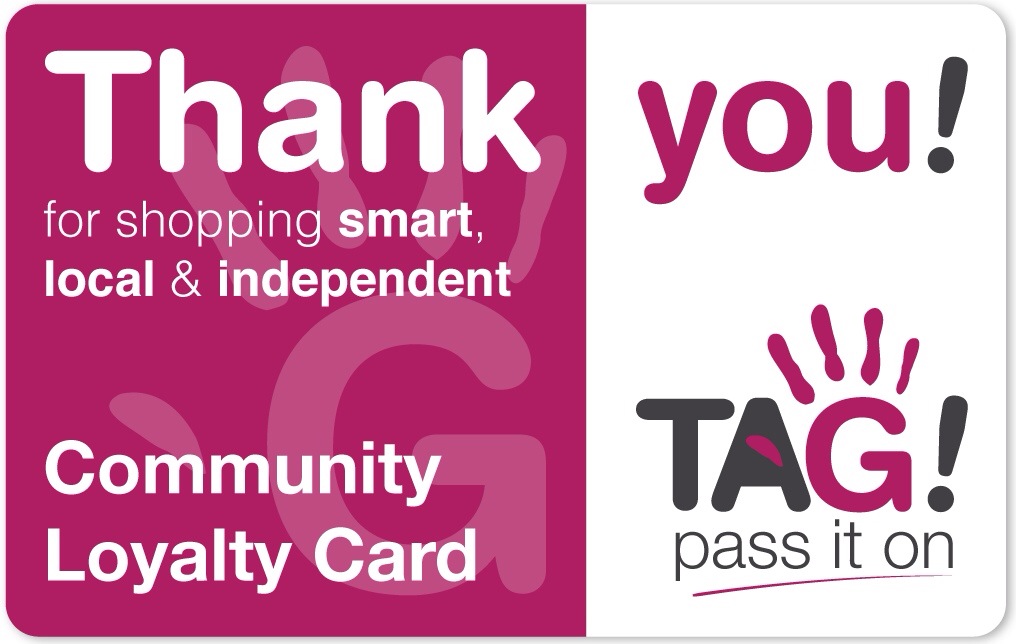 As one commentator recently said in a throw back to the words of Sir Edward Grey in 1914, the lights are going out across our High Streets and we may not see them going back on in our lifetime.

Last Saturday saw the launch of a brand new online map and directory offering digital access to information about Levenshulme’s ever growing offer of eclectic attractions and events.

TAG! Pass It On, a non-profit community loyalty movement that rewards shoppers for shopping locally and supporting independent businesses, is one of the partners behind the scheme and About Manchester talked to their co founder Carol Thompson.

Many people, says Carol, were missing out on discovering the best services or products in their locality, walking past the place that offers them every day on their way to Starbucks or Tesco because they were familiar brands.

The consequence of that was that businesses which should be thriving were instead struggling day in and out to stay open, giving up or leaving the vicinity all together leaving our local street much duller.

TAG was born out of correcting that wrong, by encouraging customers to walk in and not past the businesses they’d always meant to visit but never quite had and to create a community of independents which would and could work together. Giving them, says Carol, a much louder voice, more noticeable for customers, councils and media.

The idea came about by accident.Carol was was raising support for a local performance and somehow persuaded a few Didsbury businesses to give special offers to ticket holders. Once the gig was over they’d had enough new customers in the door as a result she was asked to continue whatever that was in some function.

The name ‘TAG! Pass It On’ came from one of the songs being played at that performace.

TAG works by offer rewards at each business, chosen by the business, as a thanks for shopping local and simply for stepping through the door and taking that ‘risk’ of going somewhere new.

Our job is to make it easier to find and discover an area’s hidden and not-so-hidden gems. While everyone may want to save the high street or feels bad about its decline, most people are too busy to take the little steps to act. Rather than shouting and guilttripping locals into defending local shops just for the sake of localism we make a simple case: you’re better off going to these places.

For the local businesses, keeping customers is something they are of course incredible at because they offer unique expertise, products and environments and they genuinely care. The scheme helps encourage them through the door.

TAG is growing. At the moment they are two and a half people working on behalf of over 300 businesses, lobbying across local districts and as Carol says “wearing out a lot of shoes working 16 hour days.”

We hear a lot about localism.It is says Carol, a straightforward formula;

“money which stays in the community makes the community richer, strong and happier. A declining highstreet means the opposite and leads to awfully dull places to live. Clone Towns as they’re called, full of the same shops and completely lacking in character.

Framing it in those terms though says Carol is useless.

when it comes to changing behaviour; scare tactics and guilt rarely lead to long term change. By encouraging small changes – trying out a new place or making your customers aware of other great businesses near you for instance – we hope to create a snowball effect which will benefit everyone.Once people see the value in localism it becomes a self-reinforcing cycle.

After years of empty rhetoric about the North, public will not believe government promises...