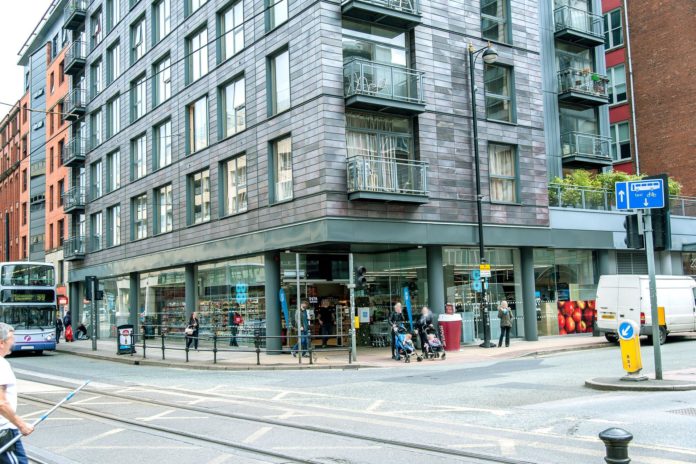 Manchester based Co-op CEO Steve Murrells today is directing his own personal income to kick-start a Co-op Members Fund, which will be channelled into foodbanks, a funeral hardship fund and front-line community causes.

The boss of the £10bn turnover business is donating 20 per cent of his salary over a 3 month period into the newly created Co-op Members’ Coronavirus Fund. The fund has been established so that the Co-op’s 4.6 million members can donate their unspent existing member rewards, totalling over £30m, into these vital areas.

Initially The Co-op Members fund will be supporting food banks, a funeral bereavement fund established for those in financial hardship and local causes that are already being supported by the Co-op and working to alleviate the impact on the present lock down.

Co-op members receive a 5 per cent reward every time they buy an own-brand product or service which is held in an online wallet which can be redeemed on future purchases. By visiting the Co-op’s website members will be able to donate the existing money in their wallet to the Co-op Members’ Coronavirus Fund.

Steve Murrells, the Co-op’s CEO, said: “Millions of people are suffering financial hardship at the moment and so it felt right for me to offer to take this pay cut and directly support causes which are very important to me and close to my heart.

“One per cent of what our members spend already goes to local causes and now if they wish they can donate their 5 per cent personal rewards to help lessen the impact the emergency is having on millions of our fellow citizens.”

Last week the Co-op announced it had pulled its Easter TV advertising campaign, which was originally publicising its chocolate eggs, and donated the airtime – worth £2.5 million – to promoting the work of food bank charity FareShare.

In partnership with the charity, the Co-op created a TV commercial in tribute to the local heroes who are playing their part in feeding the nation during the Coronavirus crisis.

It encouraged customers to support food banks by either donating in-store or via a text to a dedicated number, both of which will boost the £1.5million of food Co-op has already pledged to FareShare.

In the last week, The Co-op has also launched Co-operate, an online community centre to lessen the impact of the lockdown on people’s mental health. It connects vulnerable people to local and national support initiatives, as well as volunteers who are willing to run virtual events such as exercise classes, music groups, or arts & crafts classes for others.

With 9 million UK residents already suffering from loneliness on a regular basis before the crisis, Co-operate makes it easier for people to connect and stay in touch with each other virtually as the pandemic continues. Those who can volunteer, require help or know someone who does, are encouraged to visit Co-operate at https://co-operate.coop.co.uk/support

“I know that many of our members want to support others at this very difficult time and our new fund makes it as simple as possible for them to contribute in their own way. The collective effort of our members could have a massive impact for thousands of lives in the weeks and months ahead. “