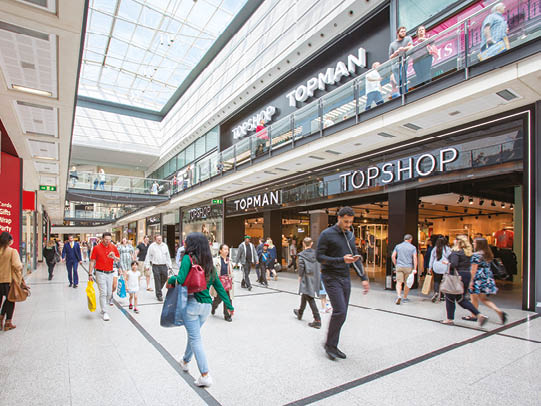 Armed officers attended but found no evidence of anyone with a firearm.

Witnesses reported seeing a man stood on a table and shouting. He was not seen to be carrying a weapon, but it is believed his actions were intended to cause alarm and panic amongst members of the public.

The man then fled the scene and enquiries are ongoing to trace him.

He is described as black, in his mid-late teens, around 5ft 7, medium build and he was wearing light-coloured tracksuit bottoms. He was not wearing a top, but is believed to have put on a t-shirt as he fled the scene.

Superintendent John-Paul Ruffle, of GMP’s Specialist Operations Branch, said:  “We responded immediately to this incident, and thankfully it was quickly established there was no credible threat to the public.

“The man who caused the disturbance was not seen with any weapons, but nevertheless it caused fear and panic to quickly spread amongst people in the Arndale.

“Despite no evidence of a credible threat, we are taking this very seriously. A full investigation has been launched to establish the full circumstances of what happened and enquiries are ongoing to trace the person responsible.

“There will be increased patrols in the area, and anyone with questions or concerns is encouraged to speak to officers on the ground.

Two arrested on suspicion of murder after 26 year old women found dead in...