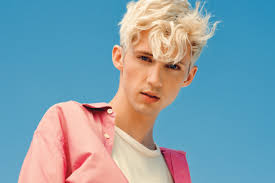 The Bloom Tour will kick off in the U.K. on 23 February 2019 in Glasgow and perform across Europe wrapping on 21 March 2019 in Oslo, Norway.

With his lead single ‘My My My!’ becoming Sivan’s second number-one single on the Billboard Dance Club Songs chart, the MTV Europe Music Award and Teen Choice Award winner is set to embark on his biggest U.K. & European tour to date.

Following his recent appearances on Saturday Night Live, The Ellen DeGeneres Show and surprise guest appearance on Taylor Swift’s award-winning Reputation Stadium Tour earlier this year, the Australian singer will perform tracks from the new album which NME hailed as “triumphant” awarding it five stars. TIME went even as far to say that “Troye Sivan Is the Perfect Pop Star for 2018.”

Boasting an astonishing 16 million Spotify listeners, Troye has appeared on the covers of Clash, Wonderland, ASOS, Attitude, Rolling Stone, Out, V Magazine and VMAN. He will star alongside Nicole Kidman and Russell Crowe in the highly anticipated film Boy Erased set for release on 08 February 2019 across cinemas nationwide.

Don’t miss pop prince Troye Sivan on The Bloom U.K. & European Tour in February and March next year. Tickets go on sale on Friday 23 November 2018 at 9am GMT at LiveNation.co.uk.

Lowry 20th anniversary treasure hunt with prizes worth over £5,000